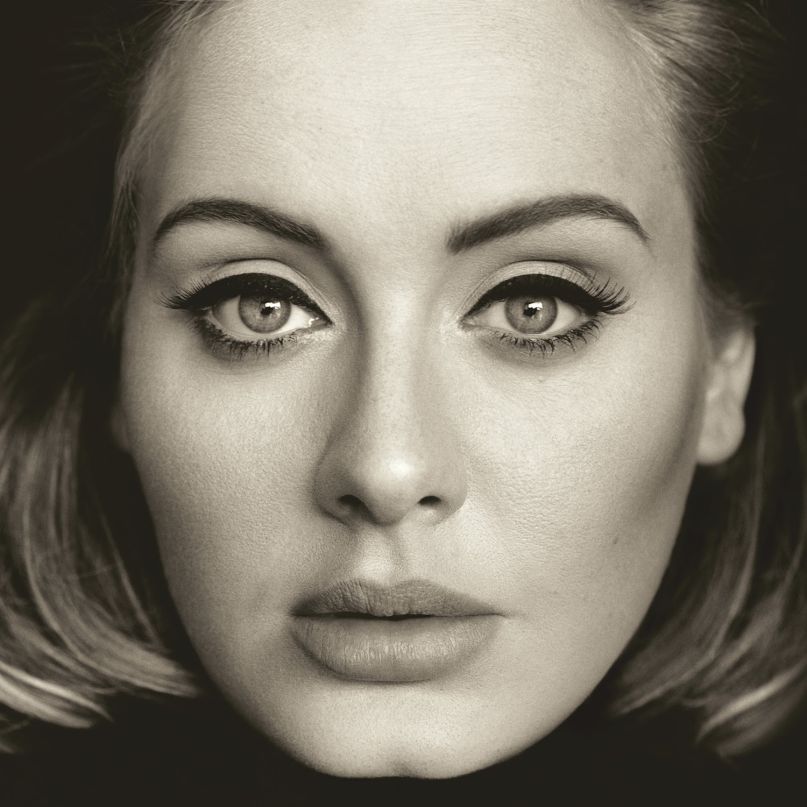 When Adele threatened to ignite rainfall at the crest of her world-conquering sophomore album, 21, it was a credible threat; the singer was on fire to a degree that numbers suggest we may never see again. 21 would spend more weeks at #1 in the UK than any album by a solo female musician — good for Guinness page space — besting every competitor in sales in both the year of its release, 2011, and the year after that. It today sits behind the Beatles’ Sgt. Peppers Lonely Hearts Club Band as the UK’s all-time best-selling non-compilation album. That’s fourth overall, behind one greatest-hits offering apiece from Queen and ABBA. It was a savage derailing of the predictive analytics desperately navigating a supposed post-album-sales era. 21 is a lock to stay seared in our culture’s consciousness.

The years since seem to have been as pressured and tumultuous for Adele as those that set up that monumental release, and then some: vocal cord surgery, childbirth, writer’s block, and a scrapped album — or, as she put it, “life happened.” But she would ultimately find a route through the wall via a tethered loyalty to her bread and butter: no-frills ballads of hindsight. The resulting 25 is a mostly one-track statement about reconciling loss with gained perspective. It’s once again stuffed with lyrics aimed to incite the largest imaginable quantity of “oh shit, was that about me?” listener responses without failing to represent the singular beating heart pumping out these vignettes. Though wounded by a sputtering second half, 25 delivers, extending Adele’s reign.

Curiously, the big surprise might just be the zero qualms about announcing whose shoes she’s been trying on since her last album. On 21, it was Robert Smith and the Cure, whose “Lovesong” she covered for the album’s penultimate, “Someone Like You”-teeing track. 25 kicks off with a Lionel Richie nod and “Send My Love (To Your New Lover)” — a sentimental cousin to “Someone Like You”, four years processed and just happier — which draws from Taylor Swift’s “I Knew You Were Trouble”, structurally and spiritually, not to mention the producer they share in common. On the Tobias Jesso, Jr.-cowritten track, “When We Were Young”, she confesses to having “been by myself all night long/ Hoping you’re someone I used to know,” not so much referencing two of the last decade’s biggest singles as stepping onto their backs to propel herself to a higher level of pop permeation. Later, on “Love in the Dark”, she reaches back to ‘79: “I’m being cruel to be kind.” Like when Kanye West matter-of-factly declared his steps into the void left by Michael Jackson on My Beautiful Dark Twisted Fantasy, Adele would like you to know what you’re witnessing. There are two more names you can go ahead and add to this list, no lyric reference necessary: Whitney and Amy.

As words for reunions go, “Hello” is a sheepish one, but Adele somehow spins it as brave. Should she fall on her face in a comeback attempt? “At least I can say that I’ve tried.” The song introduces a thread that runs through 25, and its message — remorse delivered without the convenience of logical timing, remorse “from the other side” — echoes all the way down to “River Lea”, an otherwise drifting collaboration track with Danger Mouse: “Consider this my apology, I know it’s years in advance/ But I’d rather say it now in case I never get the chance.” It could be an offshoot of being “so mad about getting old it makes me reckless,” as she considers on “When We Were Young”. And, on “Million Years Ago”, she feels she’s the only one “who never became who they thought they’d be.” An insecure person might interpret it as “middle-of-the-road,” but there’s an amazing level of confidence necessary to remain poised and still dig deep enough for the vulnerability to articulate fear like this.

Adele’s vocal tones can set fire to rain or bring down the sky, depending on how she’s feeling. Chaotic weather resurfaced between albums, when the storms of her public and private life emerged. But Adele has broken through the gray clouds; she seems to have realized that there’s no need to innovate when you have the strength to fight storms. 25 doesn’t necessarily meet the fire of its predecessor, but it meets its mark — a whole different undertaking when tasked from the top.

Essential Tracks: “Hello”, “When We Were Young”, and “Send My Love (To Your New Lover)”