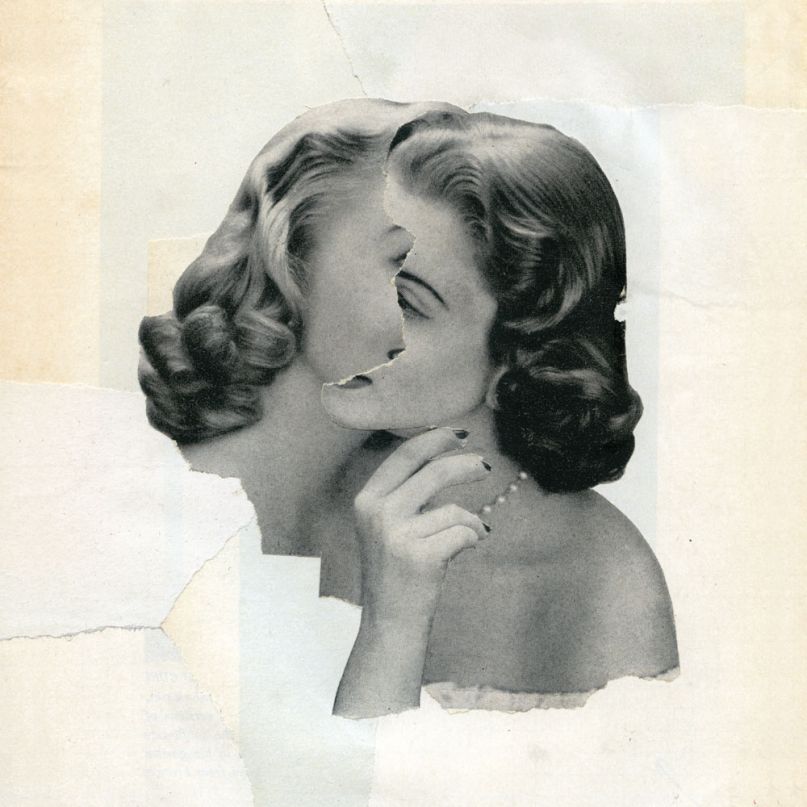 Asperities are harsh qualities or conditions. I had to look that up, though the bleak, snowy landscapes evoked by Canadian cellist Julia Kent on her album of that name couldn’t convey the feeling any more clearly. Her combination of low string tones, subtle electronics, and scratchy field recordings feel like looking out the car window as you roll through the desolate roads in the middle of nowhere, on the way to something terrible, or having left something terrible, or both. The album weighs a cold, magnetic ton, sinking slowly into the subconscious and blossoming icy petals of tension, sadness, and anxious beauty.

Kent herself has admitted that this album is a major leap in her ability to leave rough edges and push deep into uncomfortable emotions, rather than strive first and foremost for beauty. “I’ve finally reached a point where I can move beyond trying to create something that is primarily attractive to the ear,” she explained to The Out Door, “and focus instead on directly expressing emotion.” While Asperities certainly displays the immense tonal control and technical prowess of a classically trained musician, it carries an undeniably haunting emotional resonance. To say that the album works like the score to a psychological horror film would suggest shock tactics and dissonance, but Kent makes use of a slow-building, lingering dread without ever releasing tension.

The album sets its alluring darkness in motion immediately with “Hellebore”. Much like Asperities, the song’s title should give the hyper-literate a hint as to its contents: a hellebore is a type of plant that produces beautiful flowers, but is also poisonous. In a bit of striking etymology, the words come from roots meaning “food” and “to injure”; that which should be sustaining (the cello is such a soulful instrument) leads to pain and suffering. Things don’t exactly clear up by the album’s conclusion either. We end with “Tramontana”, the classical Italian word for a northern wind, also literally translating to “across the mountains.” Rather than resolution, the cello’s high strings peel and wail as the frigid Alpine wind recedes.

In just four minutes, “Empty States” builds from growing grey cloud rumble to an all-out storm. Kent’s cello moves like windshield wipers, starting at a ginger back-and-forth sway before erupting into a methodically ominous and quick-stepping saw, the catastrophe now surrounding despite the attempt to fend it off. Things escalate most clearly on “Terrain”, where electronic percussion lends a menacing inescapability to what were once tense, contemplative proceedings.

While Kent’s field recordings and found sounds used to feel like precise mechanisms — specifically the clinking glasses and scribbling pens on 2013’s home-driven Character, or Delay‘s evocations of airport noise — there was something almost too pedantic about their theme and theory, too concretely positioned in the world. Asperities conveys a similar sense of place without ever explicitly detailing where it’s set or why, allowing the listener to envision their own wrinkles stretched over Kent’s richly drawn skeleton.

That change makes a lot of sense for a classically trained musician carving out a niche as a solo artist after spending time with the likes of Rasputina and Antony and the Johnsons. With those acts, Kent’s skillful playing added a layer of entrancing beauty within an already dramatic, narrative-driven piece. Much like Colin Stetson, Matana Roberts, Sarah Neufeld, or Mats Gustafsson, Kent has unlocked the formula through which her already expressive musicianship can be understood on its own terms. She no longer needs Antony’s words or the audience’s associations tied to airport sounds; she has created a language all her own. Asperities uses that language to produce a haunting, powerful world that won’t fade from memory for a long while.