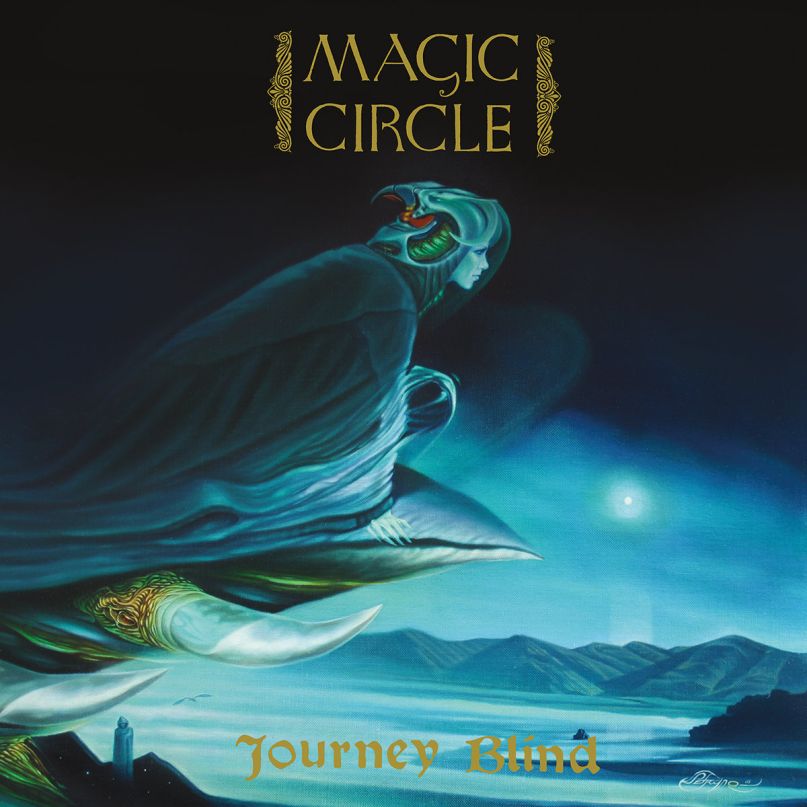 “Why do we still enjoy proto-metal bands in 2015? Like bands that sound distinctly of a time in which they aren’t. Why is that good to us? … Where does the enjoyment come from if not from some false nostalgia?”

My colleague and fellow CoS writer Sean Barry proposed that question on Twitter a couple of months ago in reference to the sudden surge in doom, stoner, and heavy psych bands over the past few years. My reflexive answer was because those bands offer fans a familiar sound. For me, it’s a real nostalgia, having grown up on Sabbath, FM classic rock, and the bands that influenced many of the neo-’70s worshippers, and I reckon many of the musicians and fans in love with this style of heavy rock approach it the same way: by not overthinking it. We hear a sweet riff, a soulful melody, a loud rhythm section, and we feel good. Nostalgia is a factor, but isn’t that intrinsic of most music, whether it triggers a wistful longing for the past or actively attempts to recreate it?

Boston’s Magic Circle achieve the former through the latter. Hailing from the same scene as transcendent heavy rockers Elder, they’re cut from the traditionalist doom cloth of Pentagram, Trouble, and Pagan Altar, with a focus on memorable riffs, pop melody, and atmosphere. Magic Circle’s second full-length, Journey Blind, holds fast to those aesthetics much like a period film uses the visual signifiers of a dead age to tell a new story in an old world. As the press release accompanying the album so bluntly states: “motherfuck simply ‘sounding’ like these bands. Magic Circle celebrates them, and in doing so, honors the form they have found.”

That phrasing is nothing new when it comes to vintage-leaning bands like Magic Circle. They all claim to be more than just another Sabbath knockoff, pushing the sound forward without copping it. But the difference with Magic Circle is that they have accepted that they sound remarkably like the bands they worship, and they have the self-awareness to admit it and embrace it. Instead of trying to breathe new life into an old form or innovate a style of music that is inherently traditionalist, they have approached Journey Blind like heavy metal historians. With its raw production — thin vocals amid crushingly sharp guitars — and straight-to-tape analog recording processes, no band has done a better job of capturing the vintage heavy metal sound, specifically the ’80s version practiced by the aforementioned Trouble and Dio-era Black Sabbath.

Magic Circle bring equal tact and expertise to their compositions and musicianship. When Brendan Radigan’s powerful falsetto busts through on opener “Journey Blind”, we are transported to the era of studded leather, shitty tape dubs, and Headbanger’s Ball when it was good. The no-frills production and mixing puts Radigan out front, with little more than a thin veil of reverb; meanwhile, the twin guitar attack of Chris Corry and Dan Ducas twists and bites while remaining tempered and controlled. Neither guitarist overplays or attempts to steal the spotlight with gimmicky fills or aimless soloing. Journey Blind follows a thread of thick, consistent riffing, maintaining a methodical pace and an airtight atmospheric seal.

The pop craft of the songwriting is also notably stronger than most music of this style, including much of the vintage heavy metal it emulates. Radigan’s vocal melodies and performances on “Grand Deceivers” and “Antediluvian” are hum-worthy, sticking with you after the record ends and encouraging the listener to sing along when revisited — signifiers of truly memorable pop. “Ghost of the Southern Front” is Journey Blind’s ultimate highlight, as it combines Corry and Ducas’ crunchiest riffing with Radigan’s most passionate delivery, his voice colored by scratchy howls and coos as he tackles the record’s most complex melody.

If Journey Blind has one downfall, it’s that the riffs never relent and the songwriting lacks diversity. It can grow tiring when listened to front to back. (Windhand’s Grief’s Infernal Flower is a good example of a band overcoming this, sprinkling in acoustic tracks and lengthy drones to break up the plod of riffs.) Radigan has a golden voice, and a softer, more plaintive ballad would’ve gone a long way in helping pace the record. Also, I have the suspicion that Magic Circle would nail a power ballad, because they’ve mastered pretty much every other aspect of ’80s heavy metal.