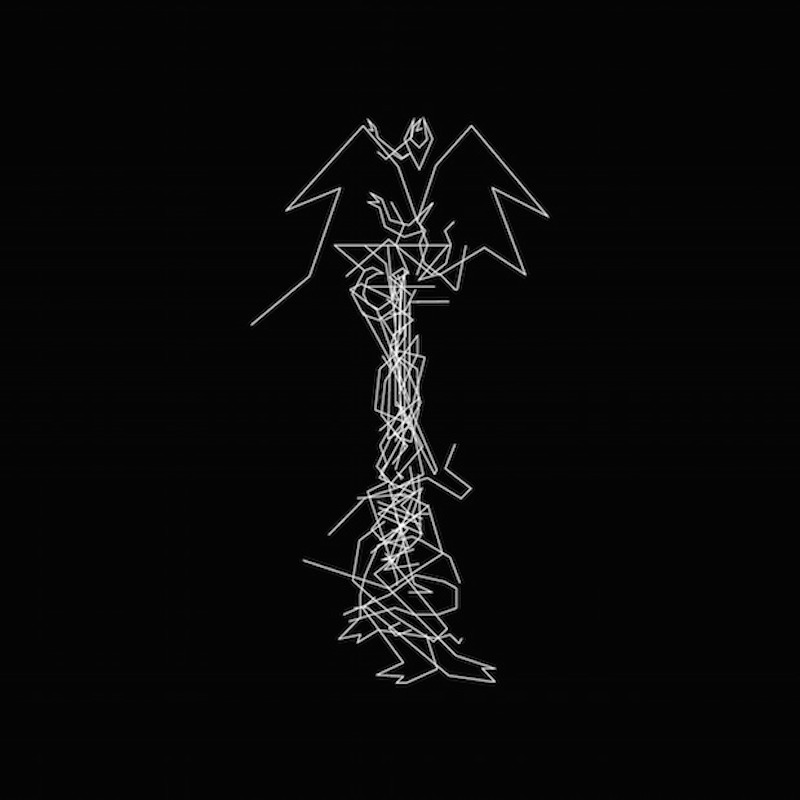 Three minutes into “Sticky Drama”, the fourth track on Oneohtrix Point Never’s new album, Garden of Delete, a whole puberty unfolds in miniature. A high-pitched voice starts speaking, cracks, and then plunges into an unintelligble sub-bass. “What’s wrong with the world?” it asks before its words are slashed apart by beats of serrated synths.

Daniel Lopatin has always resisted pointing to his music’s explicit meaning. His last album, 2013’s R Plus Seven, was among his most stoic and abstract, funneling the tones of science education TV into a beautiful, minimal flow. There was space in that record, clean space where you could drift off unburdened by references or narrative.

More than any other OPN record, Garden of Delete bleeds narrative. The album was announced by way of a backdated Blogspot belonging to an alien named Ezra who, with his awkwardness and his mountains of oozing acne, is stuck in perpetual pubescence. Dig a little from there and you’d unearth a whole network of HTML fictions centering on a band called Kaoss Edge, the genre they invented called “hypergrunge,” and the tragic death/cryogenic freezing of their lead singer, Flow Kranium. Deep in the band’s official website, you’ll find slash fiction between Flow (who’s trans, or at least has a vagina) and Ezra (who has, like, a hundred dicks under his human disguise). You’ll also find dozens of links out to unrelated Rush fan sites, videos of high schoolers saying hi to their classmates for no reason, an entire book on the theory of abjection, and pictures of decrepit or destroyed spaces — a hoarder’s bedroom, a house on fire, a dumpster filled with an enormous mattress on which someone’s sprayed the words “I don’t fit in anywhere.”

The glut of text and sound and imagery doesn’t plug directly back into Garden of Delete, but it does spin a coccoon of pathos around the music. If Lopatin’s earlier work sampled new age tones and textures to sinister effect, then G.o.D. scrapes up the rusted edges of the music you listen to in moments of unbridled teen rage — music like Nine Inch Nails, who recently brought OPN on tour. Industrial barbs and throaty sneers populate the record from its gargled “Intro” to its wrenching closer, “No Good”.

G.o.D. is the first OPN record to feature actual sung vocals in years. There are even lyrics, though you only catch them in snippets inside the grotesque mesh of processing Lopatin’s used to filter them. The yearning for the viscerally familiar contours of the human voice makes that processing feel like a betrayal — the voice is there and we can’t grasp it. There is something in the way, something that has rejected our desire and turned it into disgust.

Lopatin collapses disgust and wonder into the same impulse throughout G.o.D. His compositions — the glistening “Mutant Standard”, the snaking “Animals” — settle into moments of serenity and then break away from them until beauty and ugliness occupy the same node of desire. No matter how many synthetic organs and harpsichords you hear, the barbs of static and alien squeals are never far. The dense, blooming progression of the first half of “Freaky Eyes” is interrupted by an ungraceful beep and then a radio jingle, pitched and slowed down until it’s unrecognizable. Nothing on this album is sacred; nothing honors its own rules.

That instability recalls the moment when childhood mutates into pubescence, when even your own body can’t be trusted. G.o.D.’s net art annotations nod to the obsessiveness teens use to feel in control of themselves when everything else is chaos — you sink into an album or a band because it’s static; it can’t betray you. Lopatin hints at childhood trauma elsewhere, too. “Child of Rage” opens with a sample from the 1990 HBO documentary of the same name. “Why is your brother afraid of you?” asks a child psychologist in the sample. “Because I hurt him so much,” replies a six-year-old who tries every day to kill her family after surviving her father’s physical and sexual abuse. Lopatin leaves in the doctor’s response, a muted “mmhm,” almost as a moment of comedy, a way to illustrate the helplessness of the whole situation. What do you say to a kid like that? How do you reconcile your sympathy with your fear?

There is nothing more terrifying than being young — than surviving environments outside your comprehension or control — and yet most music treats childhood with nostalgic reverence, with an overflow of sentiment. G.o.D. embraces that terror. It guts and inverts nostalgia, letting its innards hang loose. But there’s still a warmth in Lopatin’s melodies, a sense of sympathy for the former selves he’s shed. He recreates the absurdity of those teenage emotional extremes, but never mocks it. “No Good” finds a voice wailing wordlessly and pathetically, bolstered by bristly bass tones, totally abject and yet emboldened by the beauty of the song. The voice’s affect is horrific and also pure; it’s whole in its complete brokenness, wretched and transcendent.

In Powers of Horror, the book linked to on Kaoss Edge’s homepage, Julia Kristeva describes abjection as a force that draws her toward the “place where meaning collapses.” It’s the image you want to look away from but can’t, revulsion and desire wrapped into the same feeling, a contradictory, polyvalent whole. That’s the space G.o.D. outlines — a place defined by its placelessness, an Eden of negation. It’s OPN’s most emotional work to date and also his most ridiculous. Its tragedy is bound up with its humor; its sublimity comes from the places where it feels the most broken. It’s the moment just after you’ve puked your whole entire guts up when your nausea lifts, you start breathing again, and, for a split second, surrounded by your own filth, you feel like the lightest, cleanest, purest living thing in the world.