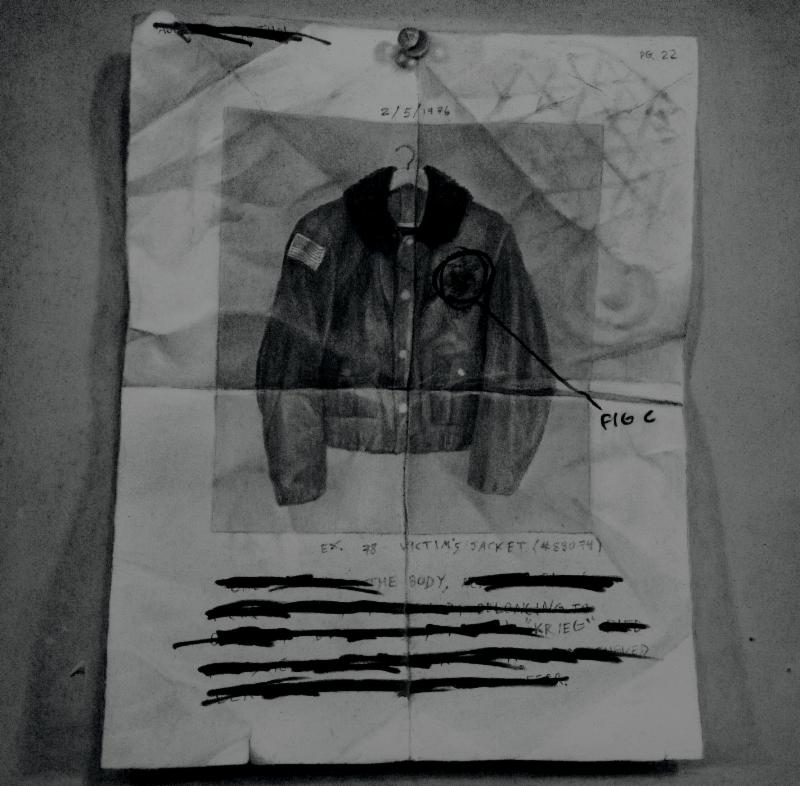 Of The Body’s many collaborative releases, the noise-doom duo’s work alongside Krieg’s Neill Jameson is among their heaviest and most strident. Recorded during the same sessions as I Shall Die Here and Christs, Redeemers, the album was born two years ago, during The Body’s most fertile period of creation. However, it bears only faint resemblance to those works. Ever the organic sonic craftsmen, The Body’s Lee Buford and Chip King met up with Jameson — who arrived at the studio with just an acoustic guitar, some pedals, and a bottle of whiskey — and let the sessions unfold.

As on their collaborations with Thou and Vampillia, Buford and King play a complementary, yet prominent role in both the writing and recording process, adding their trademark industrial textures to what are ostensibly Jameson’s songs. For those who have wanted a more metal album from The Body, this record is rooted in Krieg’s depressive black metal style, as interpreted and filtered through The Body’s dark sonic palette. Opener “Bottom of the Bottle, Bottom of the River”, with its swirling high frequencies and pulsing beat, is a steady, chord-based song at heart. On a Krieg album, it might’ve been paced by traditional blast beats and tremolo picking. Instead, The Body turn it into a scathing anthem, as Jameson and King engage in a bizarre call and response, the former with a blackened bark, the latter with his high pitch squeals, which remain an anomaly of human vocalization.

The tracks here are never so simple. “Carved Out and Caved In” locks into a danceable groove only to have the beat abruptly drop in favor of tortured howls and static. As the track begins to fade out, a crackle and twitch triggers Buford’s acoustic drums — used sparingly and bombastically throughout the album — for a powerful final flourish. The album’s highlight dirge, “Never Worth Your Name”, follows a similar path of uncertainty. King’s howls are less affected and have even more resonance, not obscured by his typical layer of distortion. Here he evokes true pain over a sluggish doom arrangement that again descends into static drone before surfacing from obscurity in its final movement.

As their respective discographies would suggest, The Body and Krieg make depressive music together. The darkness is palpable. This record brings you into its pit of despair; it has the ability to affect your emotions, for better or for worse depending on your mood. Buford, King, and Jameson become a singular entity, and in the realm of industrial doom and abstract metal, the result is an exemplary work.