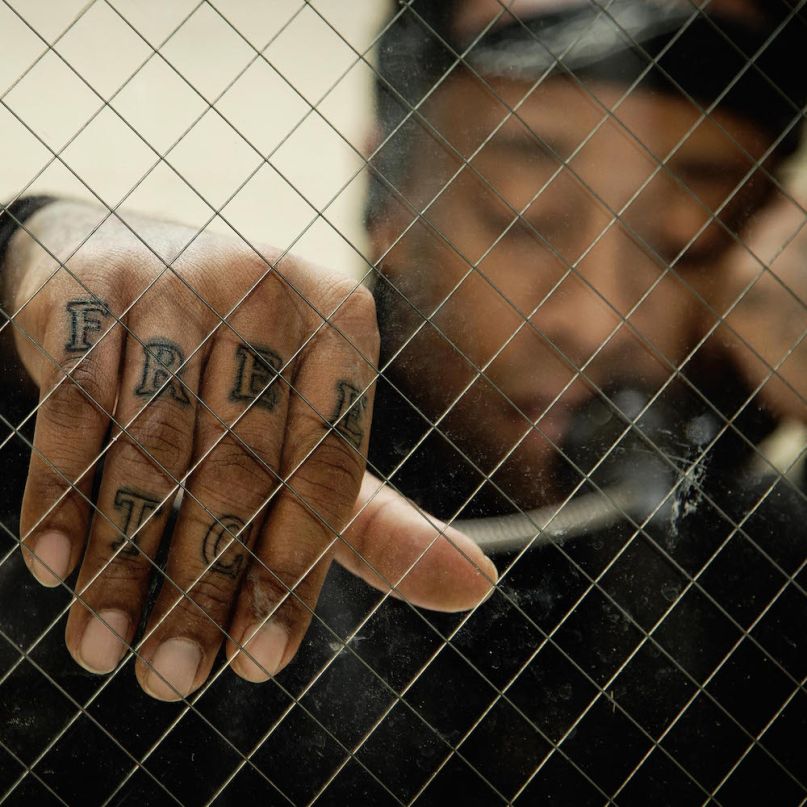 Ty Dolla $ign is a dirtbag with soul. Although R&B libertines come a dime a dozen these days, he’s stood out with his economic approach to songwriting. It helps that he’s a gifted vocalist and instrumentalist, one who could knit those abilities into a definitive persona. It’s hard to imagine anyone else transforming the ribald chorus of “Or Nah” into a genuine earworm.

He’s the same kind of dude on Free TC, where he compares women to horses (“Horses on a Stable”) and dodges phone calls (“Know Ya”). But with a more maximalist sensibility, Ty’s debut is the structural obverse of his mixtape material. He’s preluded its release by Instagramming footage of an orchestra recording for the dulcet opener “LA”, as if getting Kendrick Lamar, James Fauntleroy, and Brandy on one track wasn’t enough. The implication is that Tyrone William Griffin, Jr. really means business here.

Ty’s narcissism doesn’t transfer over to his craft, though. Do we have so little faith in him that Free TC ‘s sense of cohesion overtaking its vanity is somehow a surprise? All but two tracks feature guests and nearly every one has a different producer. These are ingredients for a directionless stew, but instead it adds up to a callback of the ambition of R. Kelly’s ‘90 albums. It’s the best R&B album of the year for those uninterested in Miguel’s psychedelia.

Free TC plays like a hits album. Some fall in line with the Beach House EP’s efficiency, especially the sinewy bounce of “Blasé”. “Straight Up” finds Ty Dolla $ign lounging within the posh, luxurious instrumental, unbothered as Jagged Edge backs him. You could argue that the melancholic piano at the end of “Credit” hammers the self-seriousness a bit too much, but Sevyn Streeter’s stunning guest turn justifies it.

Free TC’s maximalism even applies to the weaker songs — and they’re the weakest by several degrees. “Guard Down” sounds more like a malfunction than an actual song, and the club throwaway “Bring It Out of Me” is a late entry that sounds markably forced and mechanic. It’s not just that they’re aesthetic failures, but for an artist who throws ardor behind even his worst vices, they sound noticeably impersonal.

Which brings us to the second reason that Free TC works: It’s all connected by a bluesy feel via Ty’s brother Big TC, who arrives from behind bars through endearing phone conversations. The laughs hide pain; Big TC is serving a life sentence for a murder that Ty Dolla $ign maintains he did not commit. Even without the context, the sense of vitality within Big TC’s voice is sitll genuinely affecting on the glittering, gospel-tinged highlight “Miracle/Wherever”: “It’s a miracle I’m still standing.” It inspires a Ty Dolla $ign performance that moves from repose to falsetto climaxing on the “Wherever” half. For all of Free TC’s turn-up nut-grabbing, it’s the beating heart that ends up stealing the show.