A Brief History of Bond Girls Through the Ages 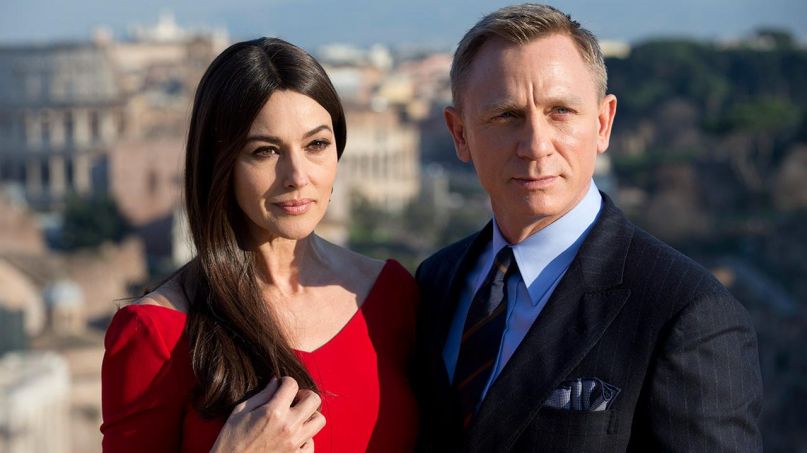 Bond. James Bond. This week, Consequence of Sound is celebrating the legendary secret agent with five days of unique features leading up to the release of Sam Mendes’ highly anticipated Skyfall follow-up, Spectre. Yesterday, we updated our ranking of the Bond themes from worst to best. Today, Sarah Kurchak explores the Bond Girl’s strange place in pop culture. Tomorrow? You’ll have to return and find out for yourself.

The Bond Girl occupies a strange place in pop culture. There’s an undeniable current of sexism that runs through the film series’ 53-year history – and, as current star Daniel Craig has become so fond of pointing out, an even stronger streak of misogyny running through its main character – and yet no other major entertainment franchises have consistently offered such a large number of memorable roles for women. Nor have they offered such a variety.

Since the ‘60s, actresses have had the opportunity to play femme fatales, co-conspirators, double agents, love interests, scientists, assassins, and the occasional Tarot card reader and figure skater, and then there’s M herself. Not all of the roles have been quality ones. There have been a number of useless diamond themes and simpering sidekicks in the Bond Girl oeuvre, and many have amounted to little more than glorified eye candy. But there have also been an increasing number of writing and casting decisions over the course of the past five decades that have helped to keep the 007 tradition fresh and competitive in a climate that continues to embrace new generations of female action stars and heroines.

As we prepare for the release of Spectre and another Bond Girl innovation – a woman close to Bond’s age played by the devastating Monica Bellucci – we take a decade-by-decade look at the evolution of the classic Bond Girl trope both in the context of the franchise and the greater movie-making culture.

In many ways, the bikini-clad seashell diver Honey Ryder (Ursula Andress) from 1962’s Dr. No remains the platonic ideal of the Bond Girl to this day: beautiful, ever so slightly exotic, somewhat accomplished in her own right, and moderately helpful. Her successors throughout the rest of the decade, like the tragically innocent cypher/clerk Tatiana Romanova (1963’s From Russia with Love), helpful SPECTRE mistress Domino Derval (1965’s Thunderball), and ninja Kissy Suzuki (1967’s You Only Live Twice) continue in much the same vein. Some of the villains of the time, particularly Miss Taro (Dr. No), Rosa Klebb (Russia), and Irma Bunt (On Her Majesty’s Secret Service) hold their own against the male counterparts, but that really says more about the cartoonish edge that all Bond baddies have than the quality of the female ones.

None of these roles are particularly admirable in retrospect, but it’s easy enough to write them off as a product of their time. They’re no worse than any other female action characters from the decade, with two curious exceptions: Cathy Gale (Honor Blackman) and Mrs. Emma Peel (Diana Rigg), two martial arts-practicing scientists who solved mysteries with Agent John Steed on the cheeky British adventure series The Avengers. Both actresses were subsequently courted by the creative team behind the Bond franchise, although it’s hard to figure out what exactly they were trying to accomplish.

Blackman’s Pussy Galore (1964’s Goldfinger) might mostly be remembered for her ridiculous name now, but the pilot was a formidable figure in her own right, especially for the era. The script was even rewritten to allow Blackman to show off the judo skills that she picked up during her time as an Avenger. While Rigg’s considerable charisma was put to good use as Teresa di Vicenzo (On Her Majesty’s Secret Service) — it’s easy to see why even a womanizer on the level of James Bond himself would want to settle down with her — the role of helpless heiress feels like a step backward after the smart and karate-kicking Mrs. Peel.

A decade into the franchise was not the best period for Bond women. While the rest of the entertainment world crawled toward smarter, tougher female heroes, the Bond films might actually have regressed. Pam Grier was kicking ass — and doing her own stunts — in Blaxploitation classics like Coffy (1973), Foxy Brown (1974), and Sheba, Baby (1975). Lynda Carter’s Wonder Woman reigned on TV from 1975 to 1979. Even the titillating titular characters from Charlie’s Angels (1976-1981) managed to execute themselves with some competence and dignity.

Bond, on the other hand, offered the world a somewhat useless smuggler named Tiffany Case in 1971‘s Diamonds Are Forever (critic Christopher Null declared her “one of the least effective Bond girls […] beautiful, but shrill and helpless”), the “astoundingly stupid” (according to The Sunday Mirror) British agent Mary Goodnight in 1974’s The Man with the Golden Gun, and Solitaire (1973’s Live and Let Die), a virgin Tarot card reader who loses her second sight after succumbing to Bond’s charms. Moonraker’s CIA agent Dr. Holly Goodhead, name notwithstanding, was tolerably capable, but paled in comparison to the other fictional woman who went to space in 1979: Alien’s Ellen Ripley.

Jaws’ misfit love interest Dolly (Moonraker) was, arguably, the most promising of the bunch.

As the female action hero came of age thanks to the aforementioned Ripley and Linda Hamilton’s Sarah Connor in The Terminator (1984), Bond did its best to catch up. The results were mostly middling, offering up a pair of embattled daughters of prominent people (Melina Havelock in 1981’s For Your Eyes Only and Stacey Sutton in 1985’s A View to Kill), as well as a shifty cellist (Kara Milovy in 1987’s The Living Daylights), and an OK former CIA agent (Pam Bouvier in 1989’s A License to Kill).

But there were a couple of highlights from the era. Maud Adams’ eponymous Octopussy (1983), a cult leader, was no more or less campy than the rest of her film and remains a figure so intriguing yet polarizing that she lands on both best and worst Bond girl lists to this day. Best of all was A View to Kill’s May Day, though, a physically intimidating assassin who was almost as cool and groundbreaking as Grace Jones, the hyphenate artist who played her. She remains one of the strongest and most powerful characters that Bond has ever faced.

In the weird cultural hodgepodge that was the ‘90s, the Bond franchise actually traded places with the zeitgeist. While action heroines languished in good camp (Tank Girl, the original Buffy the Vampire Slayer) and bad camp (Barb Wire, Bat Girl in Batman & Robin), the spy series finally started to take its women seriously. Or at least more seriously than before.

Things started off on a less than perfect note with Goldeneye (1995) bad girl Xenia Onatopp’s penchant for getting sexual satisfaction from murder (which the spy-spoofing Man from UNCLE TV series did far better with the truly unsettling Miss Diketon in 1966’s “The Concrete Overcoat Affair”, anyway) and crushing men to death with her thighs, but it also provided a trifecta of innovative choices that mostly paid off. Goldeneye marked the inspired debut of Judi Dench as MI6 head M, a role written for and previously played by men.

1997’s Tomorrow Never Dies recruited Hong Kong action star Michelle Yeoh, who did her own stunts for the film and became a better realized version of what Team Bond had tried to do with Honor Blackman three decades earlier — right down to the Cathy Gale-esque catsuit. 1999’s The World Is Not Enough aimed to add a new level of braininess to Bond girls with nuclear physicist Dr. Christmas Jones, which at least gets an A for effort, though not everyone was willing to buy actress Denise Richards in that type of role.

In 2006, though, as big-budget female action characters like Lara Croft and Salt began to emerge – and with the likes of Katniss Everdeen (2012’s Hunger Games) and Imperator Furiosa (2015’s Mad Max: Fury Road) not too far away from making their big screen debuts – the rebooted Craig era went in a different but no less promising direction with its Bond girls. Casino Royale’s Vesper (Eva Green), a treasury agent with conflicting motives who’s almost unquestioningly treated as Bond’s equal, provides an unprecedented emotional and intellectual foil for the agent.

Although one of the last things the film world needs is men who learn things about themselves after pretty girls die, the lingering effect Vesper’s loss has on him throughout 2008’s revenge film Quantum of Solace does provide some of the best character development the franchise has ever seen. The importance of Bond’s relationships with the women in his life is further explored in 2012’s Skyfall when he loses Dench’s M, but gains a highly capable new Eve Moneypenny in Naomie Harris.

Now, Spectre promises to continue this trend with Lea Seydoux’s Madeleine Swann and Bellucci’s mysterious (and age-appropriate) Lucia. Both of the actresses who play these characters and the rest of the 007 team certainly seem committed to the continuing evolution of the Bond Girl. Commenting on the topic in Esquire, Craig mused, “Hopefully my Bond is not as sexist and misogynistic as [earlier incarnations]. The world has changed. I am certainly not that person. But he is, and so what does that mean? It means you cast great actresses and make the parts as good as you can for the women in the movies.”

That’s a great perspective for both Spectre and future films: Bond will be Bond, and no one needs or wants to change him too much. But that doesn’t mean that the rest of the audience needs to see all of the women he encounters through his gaze.