Boots Against the World

After collaborating with Beyoncé and Run the Jewels, Jordy Asher is ready to strike out with his own voice 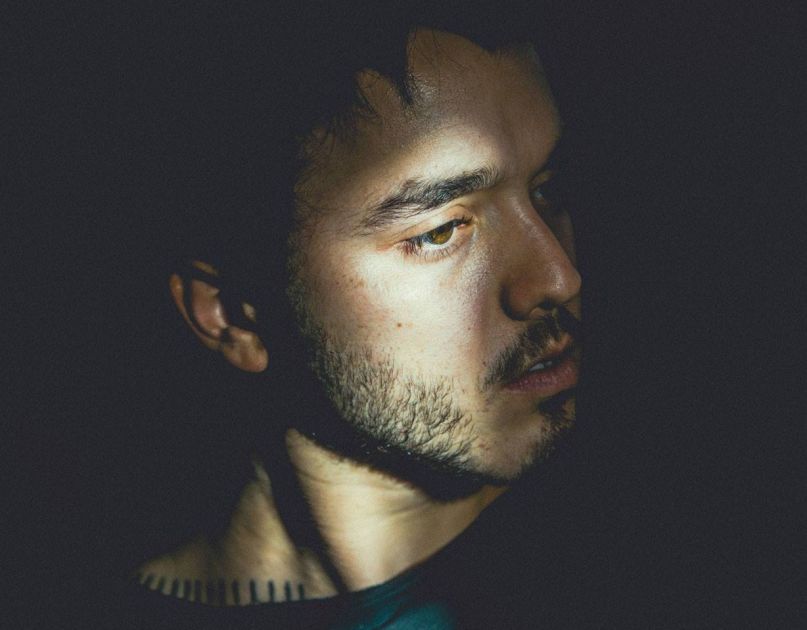 Jordy Asher has just stepped out of Los Angeles’ newest art museum when I catch him on the phone. “They have five giant Basquiats up on the wall,” he gushes, and by giant, he means eight, nine, 10-foot expanses like “Horn Players”, a three-panel acrylic painting streaked with portraits of horn greats Charlie Parker and Dizzy Gillespie, as well as scattered language like the repeated words “teeth” and “alchemy.” Basquiat often seemed more concerned with the shape and sound of words than with their semantic meaning. Asher, whose debut LP, Aquaria, runs thick with neologisms like “millionses” and “oraclies,” seems to share that instinct.

The Broad Museum opened two months ago, but Asher — who’s better known by his stage name Boots — has spent a good part of the fall on tour with Run the Jewels. That’s his voice you hear singing on “Early”, a tense and funky cut from last year’s Run the Jewels 2. “Those guys are my close friends and my family members,” Asher says of the hip-hop duo. “They gave me a chance that no other artist had up until that point, which was to feature me on a song. El-P asked me to be on a song. He didn’t ask me to write something and then have someone else sing it. He wanted my voice on it because he loves my voice. That’s something that I never had the chance to do before. It’s something that I’ll never forget and I’ll never stop being grateful for.”

In December of 2013, Boots was smuggled into the pop cultural consciousness by way of what’s still his highest profile collaboration to date. He co-wrote and co-produced the majority of Beyoncé’s massive self-titled album, which dropped unnanounced on iTunes by way of an hour-plus audiovisual chronicle. It was one of the biggest albums of 2013, and Boots’ name was all over it.

At the time, Asher kept quiet behind his pseudonym; it wasn’t until a few months later that he began opening up about his past work in bands like Blonds and issuing new solo tracks. He put out a mixtape called WinterSpringSummerFall, and then he remixed Beyoncé’s “Crazy in Love” for the first Fifty Shades of Grey trailer. His work was heard by millions, but only a few seemed to know his name.

Then, in February, Boots released the 30-minute film Motorcycle Jesus, which he wrote, directed, starred in, and scored with five new tracks. “I hate EPs,” he says. “A group of people really wanted me to put out an EP, and I said, ‘I’ll only do it if I can do it as a film.’ That was fun because it was a challenge. I told [FKA] twigs about the idea, and she used the idea as well on her latest EP. It’s exciting to make something that inspires people to do that, too, or make new ideas, new ways to release things.”

FKA twigs’ 18-minute video EP, M3LL155X, came out this past August; Boots co-produced all five tracks and co-wrote three of them, including the slinky, chilling opener, “Figure 8”. With its big, porous slabs of bass, it’s pure Boots — he employs the same strategy on the rock kicker “I Run Roulette” — but it fits seamlessly into twigs’ arsenal. “FKA twigs and I are very, very similar in the way that we work,” he says. “We’re quick. We don’t often look back or second-guess ourselves.”

Some of the tracks on Aquaria came out fast and instinctively in a state that Asher describes almost like a trance. “‘Bombs Away’ was something that happened in a really strong moment of inspiration,” he says of the beat-heavy, cybernoir single. “It’s a blur. I don’t remember it happening. It’s so intricate and it’s so detailed. I remember that I was tirelessly working on it, but I don’t remember it taking shape. Hearing the result, it feels possessed in a way. There’s a lot of moments like that for me. ‘C.U.R.E.’ is the same way. It was a very late night and it just came out in a couple hours.”

Other songs took more time, more deliberate labor, a method Asher says he honed by watching Run the Jewels producer El-P sculpt RTJ2 with a perfectionist’s resolve. “I’ve watched El-P throw out entire beats that he’d worked on for a week just because it got stale after a while,” he says. “Seeing that, it inspires you. It makes you more brave.”

El-P’s bold beatwork and twig’s trip-hop twists rubbed off on Aquaria — so did Beyoncé’s rigorous tempering of her work. But Aquaria has its own hybridized personality. It’s cooked for years in someone who finds equal life in pop, hip-hop, and straight-up rock ’n’ roll. As long as it’s brave and it’s honest, Asher will absorb it.

He worries, though, about the state of the industry where he’s trying to find his feet as an artist of his own. “There’s this problem with poptimism: the idea that everything is on the same level and there is no difference between artists,” he tells me. “Fifteen years ago, there was a certain dynamic and respect that people would bring to the art form. Now, everyone gives everything the same props as if it’s all art, and it’s not. A lot of it is being packaged and a lot of it is being sold and a lot of it is convincing you that it’s great and it’s not. You hear a song enough times, you get convinced that it’s a smash hit, but it’s only because someone put a really enormous amount of money behind it. I’m not one to fall for it. I’m not one to be hypnotized by it or join that cult.”

He doesn’t name names, but you get the idea: “There was a time when artists didn’t look like the standard cookie-cutter boy band or the beautiful voluptuous lips woman.” He sees the same problem across industries. “We were just watching the first Jurassic Park, and the different actors that they chose back then, it wasn’t because of how they looked. It was because of what they brought to the film, what they brought to the screen and the characters in the script,” he says. “In the new Jurassic Park movie, it’s just a bunch of fucking models. There’s no substance behind what they’re showing you.”

Boots positions himself as an outsider to the pop culture mainstream, which might seem strange for someone who’s worked with Beyoncé — an artist who’s often cited as everything that’s wrong with poptimism herself. But his litmus test for what’s art and what’s not is simple. “Have you ever listened to something or looked at someone and didn’t believe them?” he asks. “That’s what I mean.” He can look at Beyoncé — as a songwriter, singer, executive director, visionary — and believe what she’s saying. Same with twigs. That’s all he needs.

“It only takes one really bold or brave thing to cut through the rest of the bullshit,” he says, stretching out the “u” on that last word. He cites Nirvana, who “single-handedly killed hair metal,” as the last big example of a musical revolution. As for who’s next? “I’m working on it,” he says with a laugh.

With Aquaria, Asher has at least made something that he himself can look into and believe in — that he can put out into the world as an honest reflection of who he is and how his mind works. “It took a long time for me to find my voice and find out who I was,” he says. “I think almost every singer goes through it: There’s a long time where you hate the way that your voice sounds. You hate the way it sounds when it’s recorded, you hate the way it sounds when you listen to yourself played back. John Lennon went through that. Most of the singers in the world, if you talk to them, can tell you about that time. There’s a long time that a lot of singers spent trying to imitate other voices. I know I did that when I was younger. It finally got to a place where I stopped hating it and I just recognized that this is my voice, and I love the way that my voice sounds because it’s me.

“You have to love yourself in that way for you to find yourself,” Boots says. “I think on this album more than ever, that’s what happened.”