Driver who killed four in 2014 SXSW crash found guilty of capital murder, gets life in prison 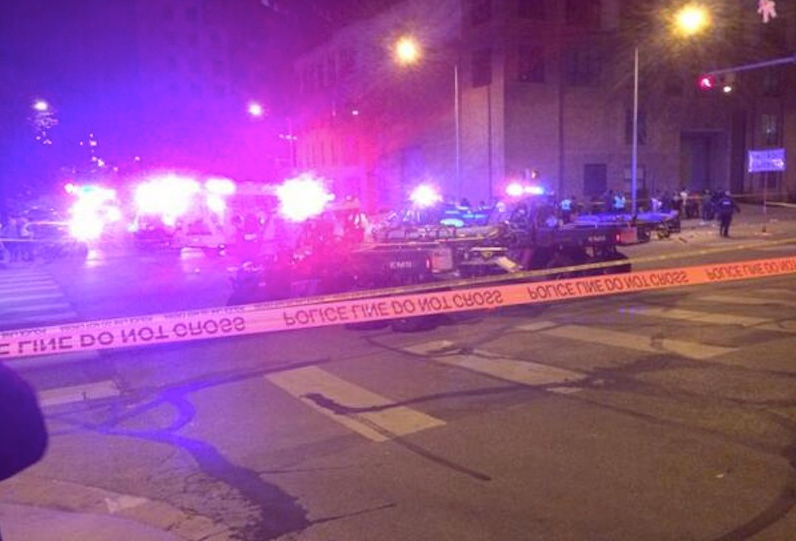 Rashad Owens, the drunk driver involved in the 2014 South by Southwest crash that left four dead and more than 23 others injured, has been found guilty of capital murder and four counts of felony murder. The 23-year-old was sentenced to life in prison without the possibility of parole, according to The Austin-American Statesman.

Prosecutors argued that when Owens turned onto Red River Street from 9th Street early on the morning of March 13th, he was aware of his actions. The intersection is at the heart of SXSW, and prosecutor Amy Merdith said Owens knew what he was doing when he intentionally went around a traffic stop and traffic barricade. “He didn’t care,” she said. “He didn’t care who was in his way. He was not going to be stopped. He was not going to go to jail.”

To prove this, the prosecution used evidence from the vehicle’s black box to show Owens had increased his speed before striking two of the victims. Police experts also analyzed video from a nearby apartment complex that showed Owens was driving his fastest at the farthest end of the street, near where the chase came to an end. Footage from the lead police car’s dash cam offered further evidence, as Owens’ car never appeared to brake during the incident.

The prosecution also noted how Owens used a blinker when initially pulling over for the traffic stop, maneuvered through a gas station parking lot as he began to flee, and managed to avoid a parked car on Red River.

The defense, on the other hand, claimed Owens was unfamiliar with Austin and therefore didn’t know where he was driving. Defense attorney Rick Jones said, “We don’t know at what point Mr. Owens perceived what was in front of him. We don’t know what time he had to react.”

After three hours of deliberation, the jury agreed with the prosecution. Because of the nature of the charges, Owens immediately received a life sentence without the chance for parole.