"Of course we couldn't say no, we had to come." 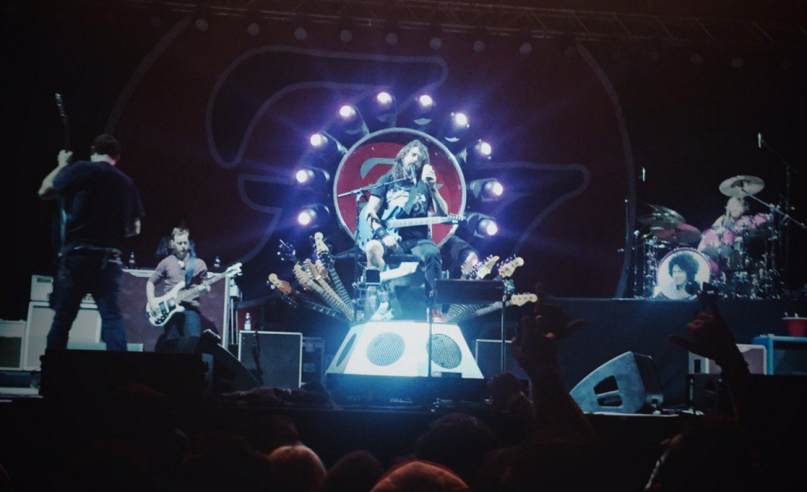 Over the summer, a group of rock ‘n’ roll fans in Cesena, Italy came up with a novel idea: Gather 1,000 musicians together for a live performance of Foo Fighters’ “Learn to Fly” with the hope that it would compel the actual band to visit their fair city, population of 97,131. Well, it worked. Earlier this evening, Foo Fighters entertained those involved in the “Rockin’1000” campaign by performing “Learn to Fly” and a bunch of other ones at a small venue called Carisport.

“To see you people singing our song for the whole fucking world, to me, it’s the greatest moment of my life,” explained Dave Grohl to the audience. “Of course we couldn’t say no, we had to come. You trapped us, we had to come here.”

He then compelled the crowd to launch similar campaigns for other rock bands, “I hope you do the same thing for U2, Pearl Jam, Soundgarden, Rage Against the Machine, do it for all rock bands. And if they say no, you know what you say? Vaffanculo!” (That’s Italian for “fuck you.”)

As for the actual performance, Foo Fighters raged through a career-spanning 27-song set that kicked off, appropriately, with “Learn to Fly” and also featured an extended mashup of covers including Rush’s “Tom Sawyer”, Sex Pistols’ “God Save the Queen”, and the MTV theme song. They also brought up some of the organizers behind Rockin’1000, including “Mohawk Guy,” who played drums for “Under Pressure”.

Watch fan-shot footage and see the full setlist below.

“Under Pressure” with Mohawk Guy:

Setlist:
Learn to Fly
All My Life
Times Like These
Breakout
Something From Nothing
The Pretender
Big Me
Congregation
Walk
Tom Sawyer -> Another One Bites The Dust -> God Save The Queen -> MTV Theme Song -> Radio GaGa -> Miss You
Cold Day in the Sun
My Hero
Under Pressure (Queen cover) (with “Mohawk guy” from the Rockin’1000 video on drums)
Miss You (The Rolling Stones cover)
Best of You
I’ll Stick Around
These Days
This Is a Call
In the Flesh? (Pink Floyd cover)
Skin and Bones
Monkey Wrench
Everlong