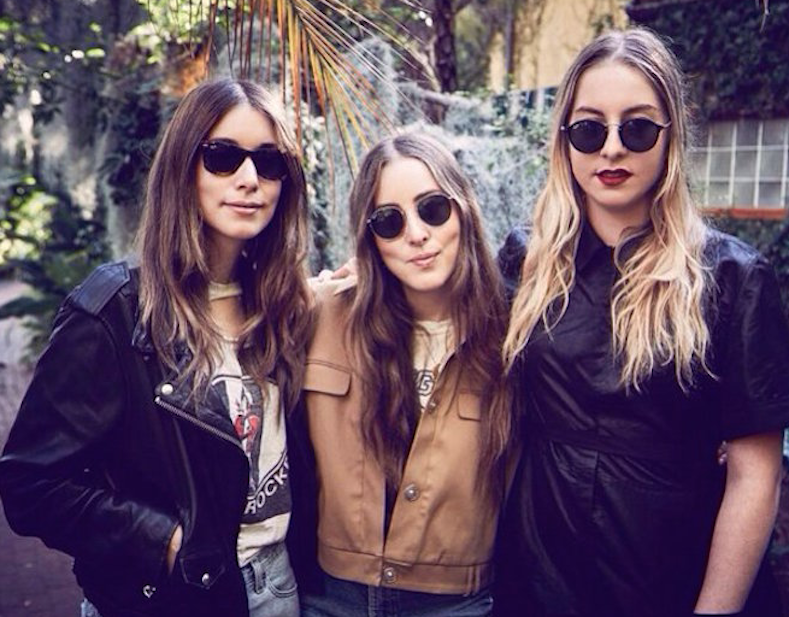 Last night, HAIM hit the airwaves for the debut of their Beats 1 Radio show, “HAIM TIME”. The siblings kicked off the show with the fitting “Family Affair” by Sly & The Family Stone before launching into a battle of playlist proportions.

Dubbed the Battle of the Birth Year, the sisters each spun three songs that were released the same year they were born. As she was born in 1986 and is thus the eldest, Este “Bassface” went first, putting on Bruce Hornsby’s “The Way it Is”, Jermaine Stewart’s “We Don’t Have to Take Our Clothes Off”, and Peter Gabriel’s classic “In Your Eyes”. Danielle came out swinging next, dropping 1989 classics like Pixies’ “Debaser”, Depeche Mode’s “Personal Jesus”, and Madonna’s iconic “Like a Prayer”. The youngest of the bunch, Alana, showed her ’90s baby style by spinning 1991’s “Black or White” by Michael Jackson, “Lithium” by Nirvana, and “Come Together” by Primal Scream.

In the end, the siblings’ parents came on to declare Danielle the winner. Her prize was an extra birthday spin, so the first HAIM TIME closed out with Janet Jackson’s “Miss You Much”.

Listen to the whole thing over at Apple Music. HAIM also recently revealed that their follow-up to their Days Are Gone debut is “well underway.”