Cedric the Entertainer also returns as the wise and old Eddie 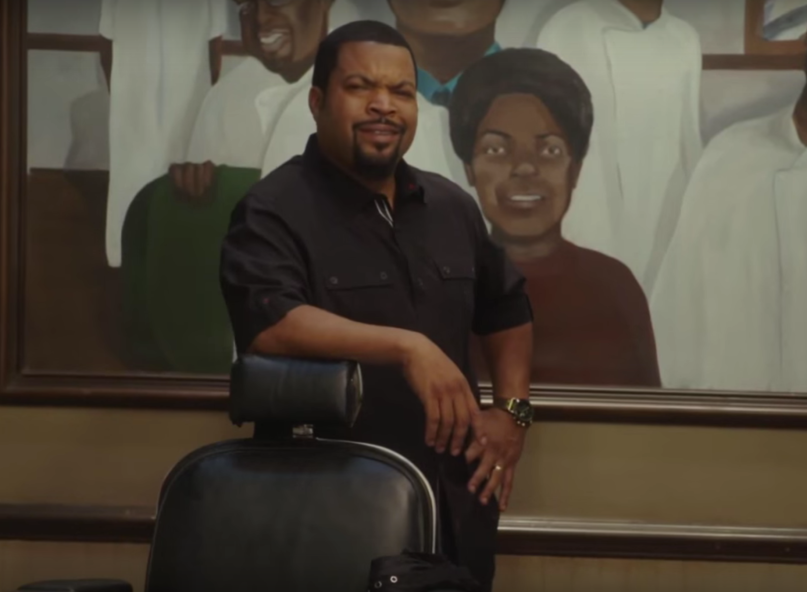 Let’s not forget that Tim Story’s Barbershop was a critical and box office success back in 2002. Starring Ice Cube, Cedric the Entertainer, and Anthony Anderson, the wintry Chicago comedy nabbed nearly 80 mil off a 12 mil budget and tipped off a career in acting for both Michael Ealy and Eve.

Since then, there have been two sequels — 2004’s Barbershop: Back in Business and 2005’s spin-off Beauty Shop, which suggests there’s a Barbershop cinematic universe for the taking if Warner Bros. feels so inclined to capitalize on — and now the gang’s back for a third in Malcolm D. Lee’s Barbershop: The New Cut.

As expected, Cube, Cedric, and Anderson return to the shop with some familiar faces (Eve, Queen Latifah, Keke Palmer) and some newcomers (Common, Nicki Minaj, Regina Hall). It would appear the famed locale is no longer a boys’ club, either, but rather a unisex salon. This should lead to some titillating situations.

The core story, however, appears to be about the ensuing gangland violence that’s affected the neighborhood. As the trailer reveals, it’s hometown hero Common who gets everyone to rally together and tackle the problem head on. If only life were that easy, right? Watch the trailer below.