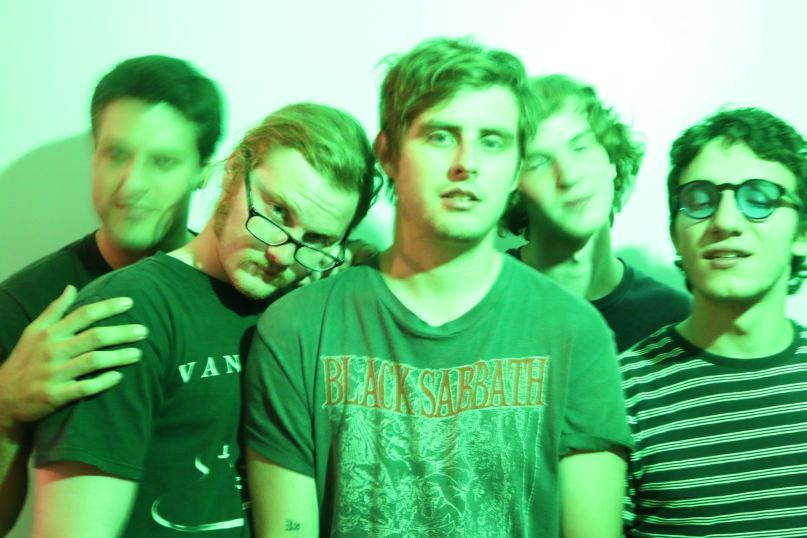 I’m An Island’s J. Gardner’s music exists within the ephemeral, floating between ideas and concepts. He first crystalized his artistic impulses on 2014’s debut EP, Crown Jewel, which saw him hazily cooing over intricate layers of synthesizers and sparse drums. Not long after, he relocated to Nashville, ostensibly to find a place to open his cajun food truck. Regardless of the impetus, the move helped solidify the idea of change as his latest muse. As he started working on new material with I’m An Island’s four other new members, the ideas of settling into adulthood while constantly struggling against complacency took hold. Wrestling with these feelings resulted in the outfit’s debut full-length, Bored Days, Old Years, out sometime next year.

“A large part of the subject matter revolves around the album title,” Gardner tells Consequence of Sound. “A lot of it just addresses how I really feel like I’m getting older, but I still struggle with the monotony of boredom and loneliness. Basically a lot of stuff that I felt as an adolescent, Stuff that I felt would magically disappear once I got older, are still things I feel and struggle with as an adult. Like I thought one of the advantages of growing up would be not feeling so awkward anymore. Like I would be more comfortable and secure as an adult, but I’m not. So there aren’t really any advantages. It’s just getting older, which sucks.”

To give an early peek at how he’s addressing these realizations, Gardner has shared the entire A-side of the new record. If the first half is any indication of the whole album, Bored Days sounds like Gardner at his most intimate. The delicate opener “Rome” has Gardner singing in a hushed tone above a quiet guitar line and droning synthesizers until a guitar solo cuts through to bolster up the energy. The song flows beautifully into “Boatsnack”, which is comparatively livelier, but still lives within Gardner’s dreamworld. “SW1” and “SW2” also revel in the quietness, enforcing his blend of soothing melodies with otherworldly instrumentation.

Stream the album in full below.