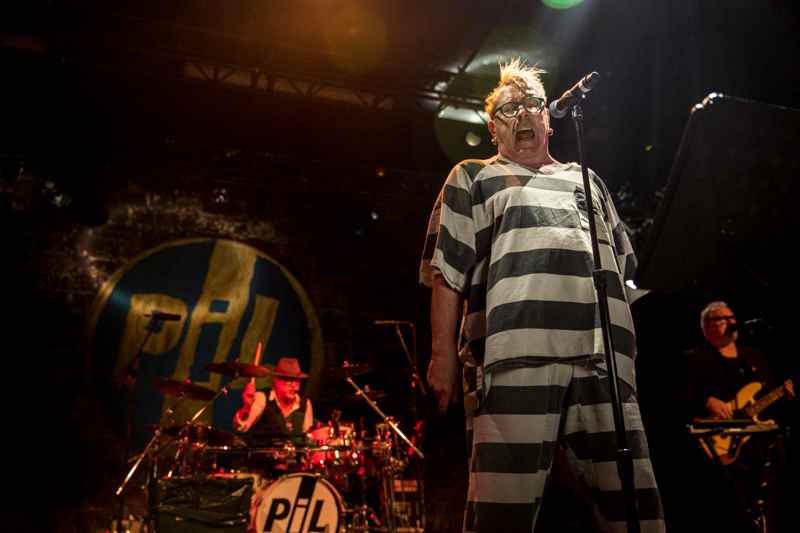 John Lydon has been a musical and cultural icon since he helped change the trajectory of British music in 1976 with the Sex Pistols. Two years later, following the band’s demise, he formed Public Image Ltd. (PiL), and that outfit still retains its innovative spirit nearly 40 years later. Granted, Lydon is the only founding member still working on the project, though to his credit, he’s assembled a fairly accomplished lineup with members hailing from The Damned, The Slits, and Elvis Costello.

On Monday night, PiL played the first US date in support of What The World Needs Now… at New York City’s Playstation Theater, located right in the heart of Times Square. Wearing what appeared to be a prison uniform, Lydon stormed the stage, thanked the crowd, and ripped right into their 15-song set, beginning with new single “Double Trouble” and including past favorites like “This Is Not a Love Song” and “Public Image”. Catch them now through the end of November.