"OK, I kind of just need to talk to people about the fact that I am. I'm gay." 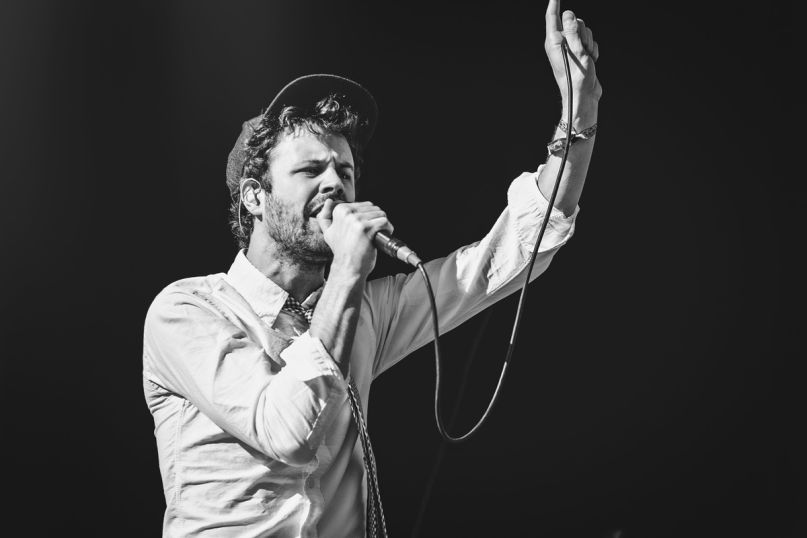 Passion Pit frontman Michael Angelakos has long been forthcoming about his personal battle with bipolar disorder and depression. (In 2013, he was honored at the Erasing The Stigma Leadership Awards with the Beatrice Stern Media Award.) Now, in an interview with director Bret Easton Ellis, Angelakos has spoken at length about his sexuality, revealing that he is gay.

Angelakos said his marriage to stylist Kirsty Mucci prevented him from coming out sooner. “I just wanted so badly to be straight, because I love her so much,” he explained. “I think that was one of the most painful things when we decided to separate.”

However, Angelakos said Mucci was supportive and encouraged him to go public. “When I decided to really deal with it head on — which was, I don’t know, in June — she was the one who spearheaded it in a way … She said, ‘You need to figure out what’s going on with your sexuality because you can’t hate yourself anymore.'”

As for why he decided to come out on Ellis’ podcast, Angelakos explained:

“I’ve told very few people in my personal small circles because I don’t know how to talk about it, you know? Talking with you — we’ve talked before — when someone understands what you do and what you make, it disarms you a little bit and you can just be yourself because you don’t have to defend your work. … This is the kind of situation every artist wants to be in—to talk to artists they really admire. When this was all happening recently, finally, I just decided it might be best to talk about it here. I don’t really know what happened, but it’s just one of those gut feelings. It’s the same gut feeling I had when I said, OK, I kind of just need to talk to people about the fact that I am. I’m gay. And that’s it. It just has to happen. This was exactly the type of situation where I don’t feel like I’m being threatened.”