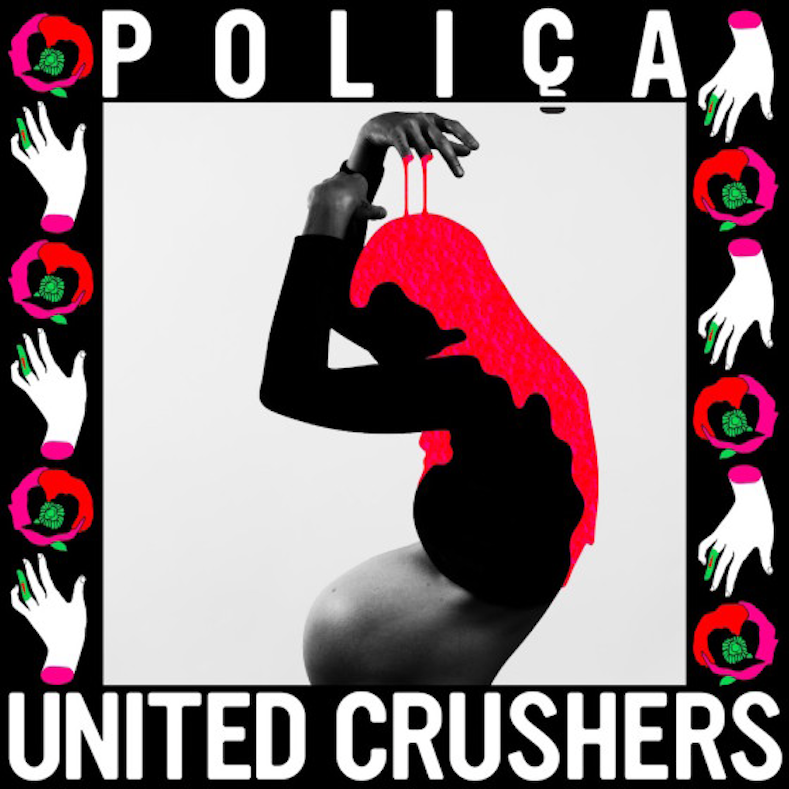 Minneapolis-based synthpop experimentalists Poliça have announced the impending release of their third album, United Crushers. The follow-up to 2013’s well-received Shulamith is due out March 4th from Mom+Pop.

The album marks the group’s third overall, and was written during their first break after two years touring behind Shulamith. Though the music came together in their hometown, it was recorded down by the Mexican border at El Paso, TX’s Sonic Ranch Studios.

According to the album announcement on the band’s website, the new record explores themes that are “heavily political and deeply personal with thick references to social injustice, self-doubt and isolation, the rapidly increasing urban decline in gentrification, overcoming music industry machinations, and finding true and honest love in the wake of it all.”

As a sample of this, they’ve shared lead single “Lime Habit”. Dual drummers Drew Christopherson and Ben Ivascu keep a hypnotic, metronome beat while squeaking synths send the track floating just above reality. Though there’s a darkness in the tone and lyrics (“I’m a loss a faith/ You’re a changed belief/ Scored the goods for my baby/ It’s enough, so we hurry to leave”), a grooving bass line from Chris Beirden keeps the song from falling into depression. Take a listen below via the The Sunset People-directed video.

Poliça have also announced an extensive 34-date tour in support of the release, beginning with a trio of record release shows in Minneapolis