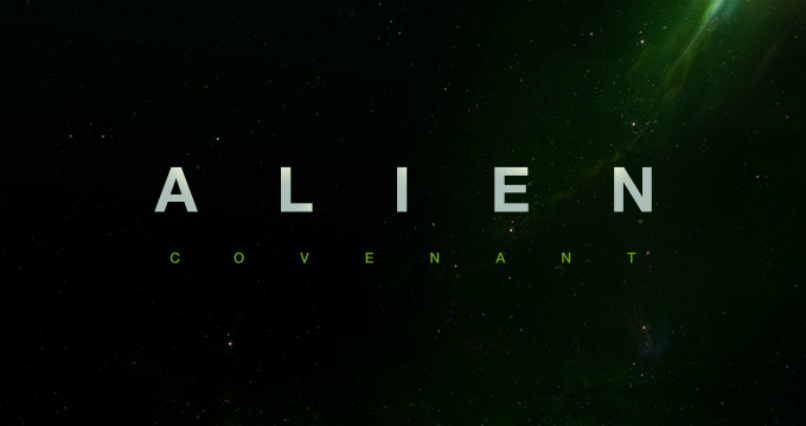 In space, no one can hear you swap titles, which is exactly what Ridley Scott and 20th Century Fox has done with Prometheus 2, formerly known as Alien: Paradise Lost, and now officially titled Alien: Covenant.

After Scott leaked word of the title change last week at the AFI Film Festival, the studio went ahead and made it a guarantee this morning, even including an official synopsis, an official release date, and an official image (see above). Official!

Ridley Scott returns to the universe he created in ALIEN with ALIEN: COVENANT, the second chapter in a prequel trilogy that began with PROMETHEUS — and connects directly to Scott’s 1979 seminal work of science fiction. Bound for a remote planet on the far side of the galaxy, the crew of the colony ship Covenant discovers what they think is an uncharted paradise, but is actually a dark, dangerous world — whose sole inhabitant is the “synthetic” David (Michael Fassbender), survivor of the doomed Prometheus expedition.

Now, that’s a lot to consider, but the key words to pull out are “sole inhabitant,” followed by Fassbender’s David character, which should then lead you to wonder, “Well, what the hell happened to Noomi Rapace’s Elizabeth Shaw?” Good question.

As The Playlist hints, Mission: Impossible: Rogue Nation star Rebecca Ferguson was apparently being eyed for a female lead, which may mean that Rapace is out, especially if there’s that whole new crew for the Colony to be cocooned. Hard to tell, but the omission is certainly suspect.

We’ll likely know soon enough, however, as shooting begins in February for an October 6th, 2017 release. So, stay alert.