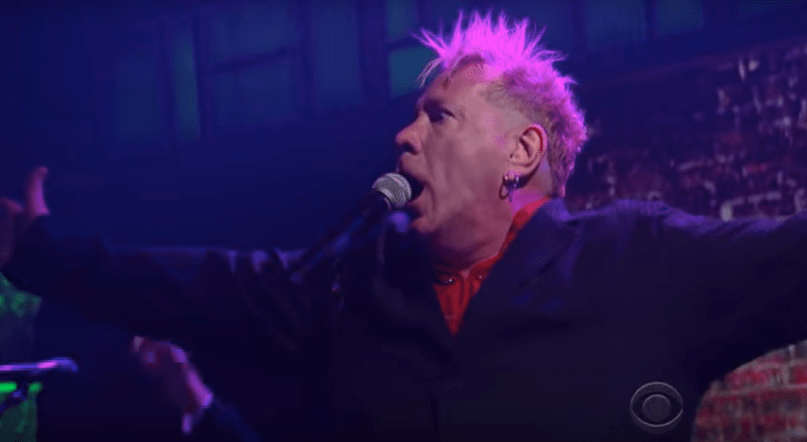 This week, Public Image Ltd., the post-punk outfit led by Sex Pistols’ John Lydon, kicked off a North American tour in support of their new album What the World Needs Now… The jaunt included a Tuesday night stop at Ed Sullivan Theatre, where they served as the musical guest on the Late Show with Stephen Colbert.

Lydon was in rare form, leading his band through a particularly high energy performance of “Double Trouble” that opened with a curse-filled spoken-word opening and concluded with a warning against voting for Donald Trump. Catch the replay below.