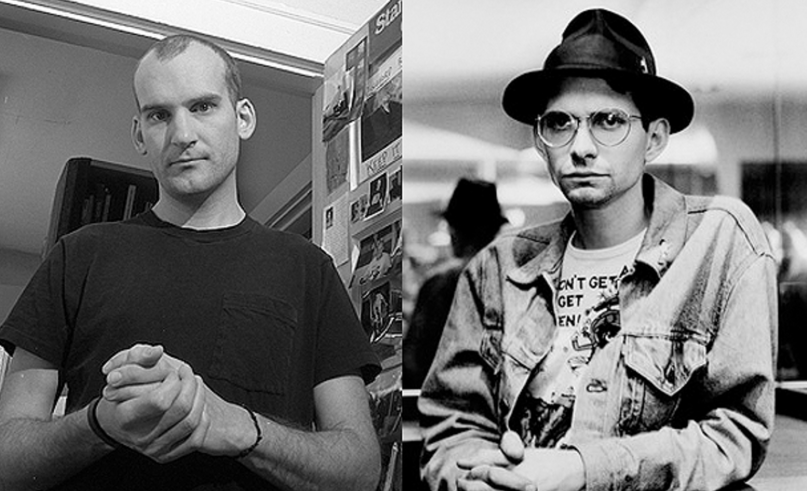 Ian MacKaye and Steve Albini sat down for a revealing conversation on the latest episode of Kreative Kontrol, a podcast run by music journalist Vish Khanna. It’s hard to believe that one room could contain two of the biggest personalities to emerge from the punk scene of the early 1980s, but the two men fell into an easy rapport as they interviewed each other about their intersecting histories in the hardcore community.

As we learned from Albini’s appearance on Marc Maron’s WTF podcast a few weeks ago, the producer and former Big Black frontman remains one of the most candid, controversial figures in music. In the first part of the two-part interview, MacKaye remembers getting to know Albini first through his writing — specifically a negative review he wrote about MacKaye’s friends in Rites of Spring (“One of the greatest bands of all time,” according to MacKaye). “Yeah, they were awful,” Albini remembers with a laugh. He has kinder words for MacKaye’s own work. “There were a very small number of hardcore bands that I could stomach, and [Minor Threat] were at the very top of that group.” For his part, MacKaye confesses that he found bands like Big Black “riveting” despite their lack of a pop sensibility.

Other parts of the conversation touch on MacKaye’s experience working with Ministry’s Al Jourgensen in Pailhead (“It became very clear that we were just totally different people”) and, on a related note, Albini’s distaste for Chicago club culture (“I hated all of it”). They also talk about Fugazi’s demo sessions with Albini in the early 1990s, from which arose the 1993 classic In On the Kill Taker. The whole interview is well worth a listen, and you can check out the first part below. Update – Tuesday, November 17th: Part two has arrived and is also streaming below.