"In no way, shape, or form are we not respectful of the situation that is happening in Chi-Raq" 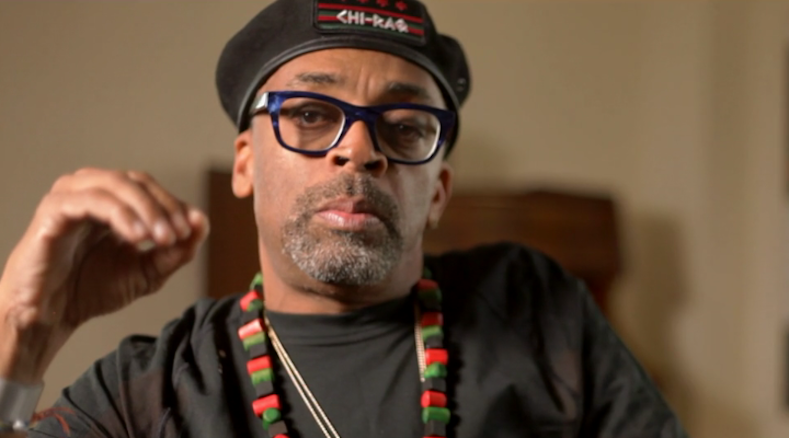 When Spike Lee dropped the first trailer for his latest joint, CHI-RAQ, it stirred a surprising amount of controversy. The preview had a few moments of levity and playfulness, and some viewers took exception to what they interpreted as Lee making light of a deadly serious situation. Now, the director has responded with a video message telling people not to “get it twisted.”

He goes on to say, “There’s many films that we could look at in the history of American cinema that treated very serious subject matter and had humor in them.” (Do the Right Thing, anyone?) “There’s an old statement, ‘I gotta laugh to keep from crying.’ Well, I think that’s apropos with CHI-RAQ.”

To hammer his point home, the message ends with the reveal of a handful of grave scenes from the film. There are clips of Angela Bassett (Miss Helen) angrily decrying the death of children on the street. In one scene, she says, “There was a time in the summer when it got hot, your child could go out and play and not get shot.” Also, John Cusack as Father Mike Corridan gives an impassioned speech where he yells, “We will not allow this self-inflected genocide to continue!”

Check out Lee’s message and the new clips below.

Previous Story
Adele lost access to her Twitter account for drunk tweeting
Next Story
America, this could be your next president
Popular
More Stories
[fu-upload-form form_layout="media" title="Submit Your Photo"][input type="hidden" name="ugc" value="1"][/fu-upload-form]