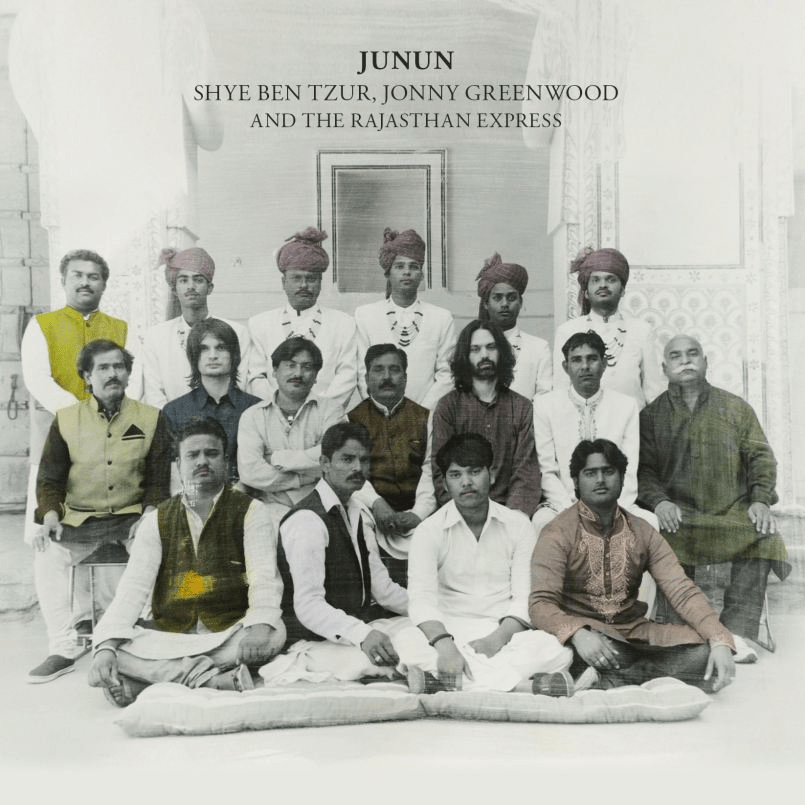 Before reconvening with his Radiohead bandmates to work on their new LP, guitarist Jonny Greenwood spent the early part of the year in India. There, he worked with Israeli composer/singer Shye Ben Tzur and a 19-member group of Indian musicians called The Rajasthan Express on an album dubbed Junun.

The 13-track effort blends Greenwood’s western sensibilities with his collaborators’ passion and knowledge of Indian and Arabic sounds. Greenwood mainly lets Ben Tzur’s compositions soar, brought to life by the Rajasthani musicians’ booming dholak drums and six-piece horn section. But he isn’t only a background player, as you can hear Greenwood’s synth and guitar strains throughout the record.

The entire thing was recorded in a 15th-century Rajput hill fort which the Maharaja of Jodhpur gave the musicians for the project. Radiohead collaborator Nigel Godrich produced the record, while Academy Award-nominated director Paul Thomas Anderson was on hand to document the process for a corresponding film.