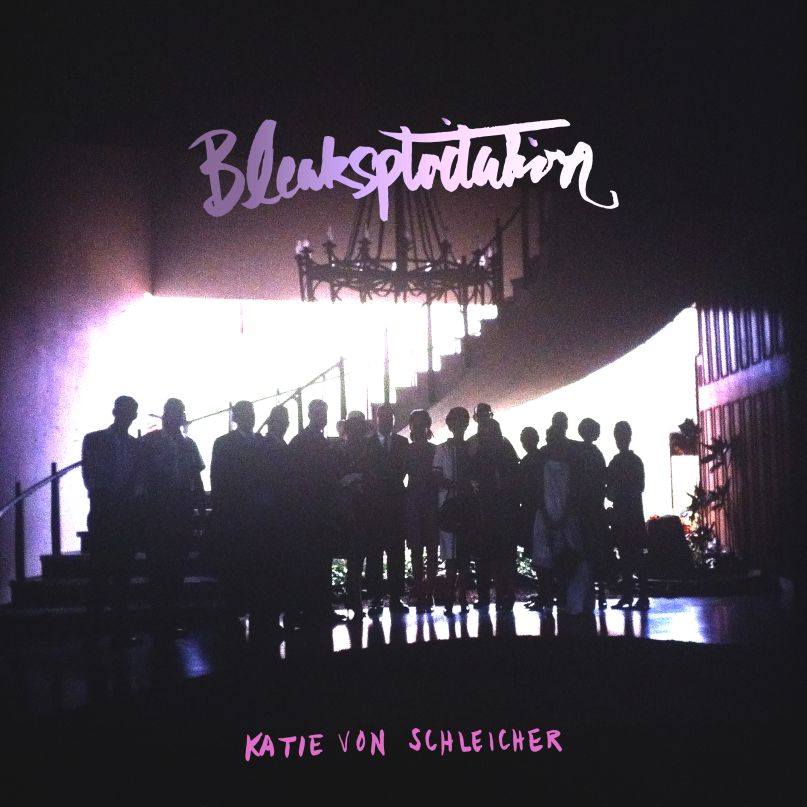 In The Dark Knight Rises, Tom Hardy’s Bane quips to Batman, “You merely adopted the dark. I was born in it, molded by it.” If only the juiced up villain existed in our universe, he may have found a kindred spirit in Brooklyn songwriter Katie Von Schleicher.

Von Schleicher’s affection for brooding aesthetics have been apparent since her 2012 digital debut, Silent Days, showcasing her pained coo over sparse arrangements. As she began work on her next recorded, she embraced the shadows even more by holing up in a dark room with a Tascam 4-track cassette recorder. In fact, the music she was creating was designed specifically for tape, where the natural limitations of the format would only add to the shadowy aesthetic. She primarily worked alone for these sessions, only bringing in multi-instrumentalist Nick Gaynier for two songs. Now, she’s ready to emerge from the murky abyss with her sophomore album, Bleaksploitation, out November 13th via Ba Da Bing Records.

The sense of space is immediately apparent on the record as piano chords clamor on opener “Baby Don’t Go”. The lo-fi production gives a spookiness to the album, like ghosts trying to communicate through a cassette deck. Every bang of a piano key into a blast of haunted noise. Things get even more twisted with “Everything Ending”, as Von Schleicher’s distorted voice broods draws out every ghoulish note. It’s a vicious, terrifying, listen, but underneath it all beats the songwriter’s a joy for music.

“I hope this might be the bleakest record made in pure joy and solo comedy,” Von Schleicher tells Consequence of Sound. “I took guitar solos, played drums, did a lot of things I can’t (and perhaps shouldn’t) do. It was a sad blast.”

Stream the engrossing album in full below.