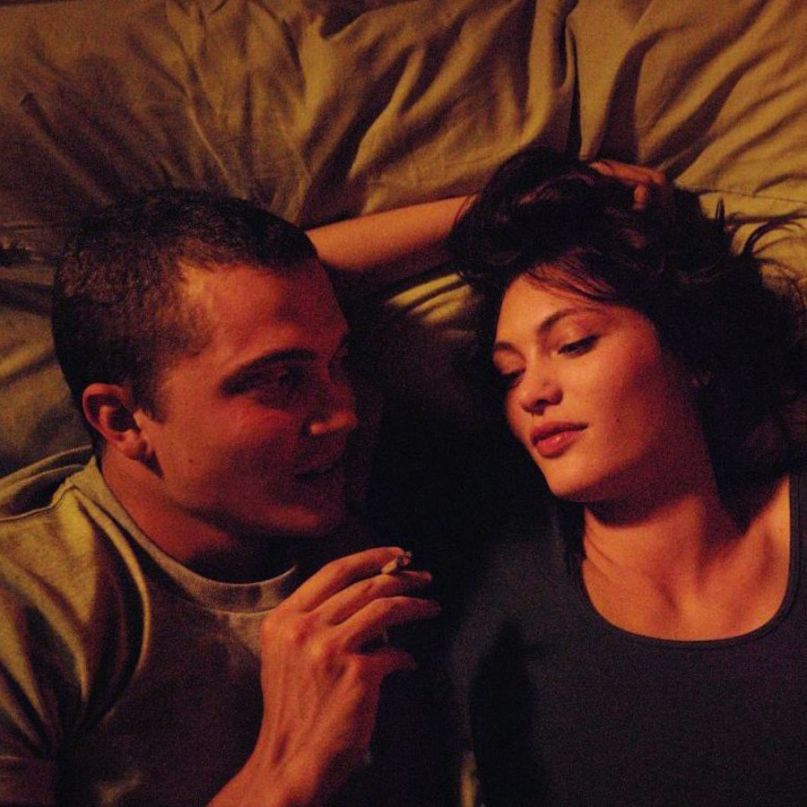 Note: This review was originally published back in September 2015 as part of our coverage for the Toronto International Film Festival.

Watching Love, provocateur Gaspar Noé’s long-threatened X-rated art film about sex, love, and all of the bodily fluids these pursuits take out of you, is a lot like a questionable one night stand with a moderately talented lover. As long as you can enjoy it for what it is, you can get a decent thrill out of the experience, but you’re going to be sorely disappointed if you start to hope for anything more.

Filmed in surprisingly effective and almost gimmick-free Scope 3D, Love is a romantic melodrama told in a dreamy, drugged-out nonlinear narrative. It begins at what hints at an ugly end: Murphy (Karl Glusman), a nihilistic American who lives with his less than beloved partner, Omi (Klara Kristin), and their son in Paris, receives a panicked message from the mother of his ex-girlfriend, Electra (Aomi Muyock). She hasn’t been able to reach her daughter for months and fears that something has happened to her.

Frustrated by his miserable life and worried about his former flame, Murphy indulges in an old stash of opium and a near fatal dose of nostalgia, and spends the rest of his day revisiting his emotionally and sexually-charged relationship with Electra. They meet, they wax philosophical on the nature of love and film, they fuck each other, they fuck other people, they fight, they fuck some more, they promise never to leave each other, and they become embroiled in a post-threesome love triangle with Omi, not necessarily in that order. All of this is explicitly explored with copious amounts of unsimulated sex.

Despite the genitals involved, the film manages to push far fewer barriers than previous Noé offerings like 2009’s Enter The Void, and 2002’s Irreversible. Murphy attempts to have sex with a trans woman at one point, but he, predictably, can’t go through with it and the scene is, disappointingly, played more for laughs than anything remotely challenging to cinema’s trans issues.

The non-sex scenes are more uniformly mundane, alternating between borderline pretentious conversations, overwrought arguments, and Murphy’s navel-gazing voiceovers (for a man having so much partner and group sex, his internal monologue is awfully masturbatory.) Save for a few self-aware bursts of humor along the way – I won’t spoil what Murphy ends up naming his son, but it’s worth a smirk – Noé’s writing is undisciplined, to put it charitably. While more seasoned actors might have been able to temper his dialogue and shape it into something more human, Love’s largely amateur actors, game as they are emotionally as well as physically, are not quite up to the task. Murphy and Electra’s screeching arguments, in particular, make for unfortunate viewing.

What Love lacks in substance, though, it almost makes up in style. The 3D is a thoroughly pleasant surprise, adding a subtle depth to the sex scenes and giving Noé’s saturated color palate a pop art punch. The soundtrack lends a seductive, swooning quality to the proceedings. Combined, they make for a satisfying sensory experience that almost manages to sustain the film’s 134 minute run time.

Like a questionable one night stand, though, the Love viewing experience is entirely dependent upon well-managed expectations. Get in, let your senses be overwhelmed for a little while, don’t invest any emotional or intellectual energy in the experience, and then move on. And it’s probably best never to think of it again.