A third film may be years away, but already Adam McKay is coming up with plot ideas 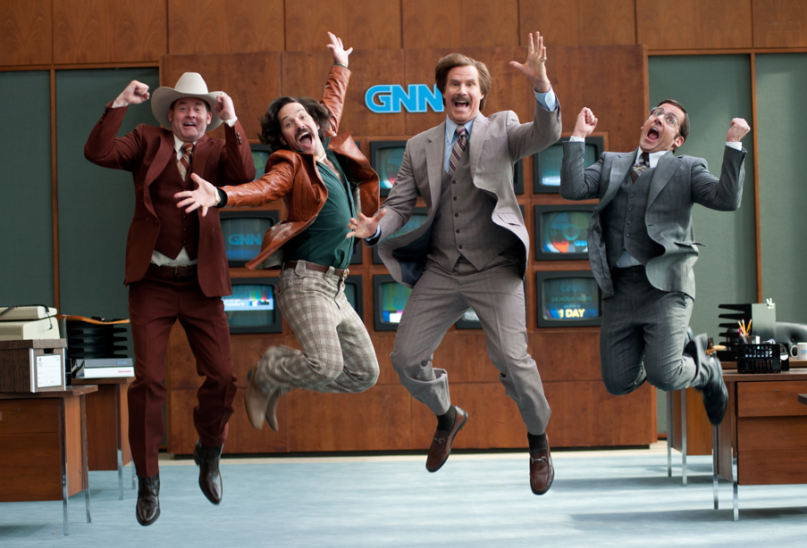 Back in February 2014, director/writer Adam McKay told Empire that Anchorman 2: The Legend Continues would be the last entry in the tale of Ron Burgundy. Just two months later, however, he backtracked on his remarks, telling Time that, “…I really don’t know. With these movies, you really don’t know how they’ve played until about two years after they come out, when people see them on repeat viewing. That tends to be how our movies work.”

Now, in a fresh interview with Yahoo! Movies, McKay has revealed that ideas are already being kicked around for Anchorman 3, but that the film could still be many years away. “We talked about doing one that was about the rise of the new media,” McKay told Yahoo! when asked if a threequel would put Will Ferrell’s Burgundy against the Internet (via Collider). “I also thought there was something to the idea — and who knows, maybe we will do one some day — I also thought it’d be cool to have Ron Burgundy get embedded in the Iraq War. We kicked around that idea. But we’ve never got that serious about it, but it would have to be the next stage of what the media has become. And I think you’re right, I think it’s the Internet.”

However, because the second film took place in the ’80s, Burgundy would have to be pretty old by the time the world wide web showed up. Because of that, any potential new film would have to be years away. “The only thing is by then Burgundy would be getting pretty old. So maybe it’s a movie we make in 10 years, when Will’s aged up and it actually makes sense that you can set it in 1997 or ’98.”

There were nine years between the first two films, so waiting around another decade for a third one doesn’t seem that outrageous.