Bruce Springsteen – The Ties That Bind: The River Collection 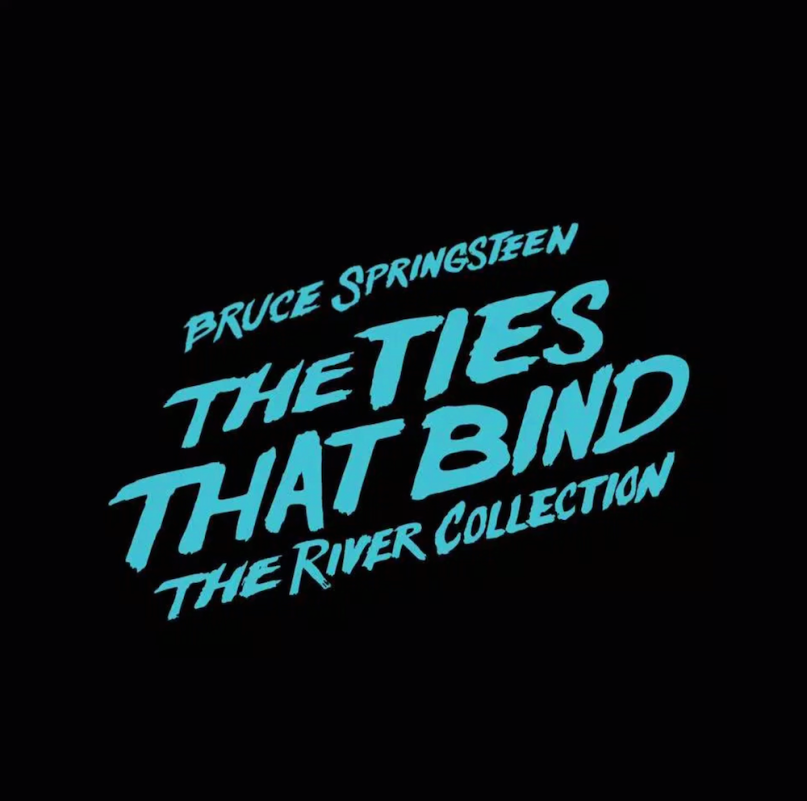 When Bruce Springsteen released The Promise back in 2010, it was a document of what could have been. Although most of the album’s songs were recorded during the same sessions that birthed Darkness On the Edge of Town, they contrasted wildly in tone — where Darkness was steeped in working class angst, The Promise had a more romantic outlook. Its arrangements were lusher and its characters found easier escape from their blue-collar confinements, their gazes turned upward to the stars instead of towards the factories pumping out smog below. Even the handful of tunes that popped up on both records received dramatically different treatments. Most notably, The Promise‘s version of “Racing In the Street” touted a higher key and jaunty fiddle from David Lindley, both of which made it more uplifting than the more funereal original. Likewise, “Factory” was turned from a dour going-to-work song into a more hopeful getting-off-work song.

When compiling the final product, Springsteen had a wealth of material to choose from, and for one reason or another — perhaps because he was getting older and had already pushed romanticism to its limit on Born To Run — he chose to explore the shadows. It’s no mistake that the title of Darkness On the Edge of Town sounds so much more foreboding than The Promise. It’s no mistake that its songs are, for the most part, heavier and more bitter.

The Ties That Bind has a similar background. Well, almost. Originally submitted to Columbia Records as a single disc of 10 songs, it got expanded to a whopping 20 after The Boss decided he wanted the album to have more depth and variety. Thus, The River was born, a heartland rock buffet with everything from humorous bar jams (“Cadillac Ranch”, “I’m a Rocker”, “Ramrod”) to soul-crushing folk ballads (“Independence Day”, “Drive All Night”, the title track) on the menu. What’s more is that, even as an 83-minute double album, The River had more than twice as many songs that didn’t make the cut.

And that’s where The Ties That Bind starts to differ from The Promise, despite them both being companion pieces to already existing albums. Since Springsteen and The E Street Band plowed through the former’s sessions with a singular aesthetic in mind (American realism where the stakes range from trivial to life-threatening) as opposed to two different sides of the same coin, the collection doesn’t feel like a bizarro version of The River as much as an extension of it. A title like …And Now, More of The River would have been just as appropriate.

Fortunately, The River — and thus The Ties That Bind — happens to be a damn near perfect album. This was in Springsteen’s heyday of sketching crucially unremarkable (i.e., realistic) characters to explore themes larger than themselves (and, for a time, himself), not the other way around. “Stolen Car” does indeed feature a car thief, but it’s really about marital entropy. On The Ties That Bind, several of the River outtakes function as its sister songs, also doling out loss through low-level criminal activity: The most obvious is a more boardwalk-friendly “Stolen Car” (Danny Federici steps out front-and-center with his accordion) before both “The Man Who Got Away” and “Roulette” open on a turd on the run — one who’s flying solo and another who’s been forced to take his wife and kids with him. There are also everyday Joes and Janes who get caught up in crime even when they’re not looking for it, such as the guy who sees his girlfriend gunned down by gang crossfire in “Stray Bullet”. As over-the-top as that sounds, the band keeps pulp at bay with Steven Van Zandt‘s ripped-open background falsetto and a rare bit of soprano sax from Clarence Clemons.

Of course, The River isn’t solely about criminals and neither is its single-disc counterpart or its mammoth compilation of outtakes. And since all three of them are included here in order — The River on discs one and two, The Ties That Bind on disc three, then all of the outtakes (first the unreleased ones, then those already heard on 1998’s Tracks box set and various singles) on disc four — you can continue playing the mirror game with all of the varying subject matter and musical formats. Weekend warriors get their due in “Out In the Street” (The River), “Cindy” (The Ties That Bind), and the fret-jumping lead single “Meet Me In the City” (the outtakes). Elsewhere, E Street flaunts its bar band cred in the dispensable but fun as hell “Sherry Darling” (The River), “Chain Lightning”, and “Paradise By the “C”” (both on the outtakes), all of them shaken loose by group vocals, handclaps, and beer-soaked chatter. And since every last bit of music — serious and silly alike — places the same high currency on hooks and furious meat-and-potatoes rock, you could pick any 10 songs out of the box set’s 52 and have one hell of an LP. Even Springsteen himself has confessed he’s not sure why something as pummeling as “Roulette” was scrapped in favor of a throwaway track like “Crush On You”. The River Collection isn’t a glimpse of what could have been — it’s raw proof that The River sessions produced too many good songs for one album (even a double album) to contain.

Essential Tracks: “Roulette”, “Meet Me In The City”, and “Stray Bullet”