End of Love – Ghosts on the Radio 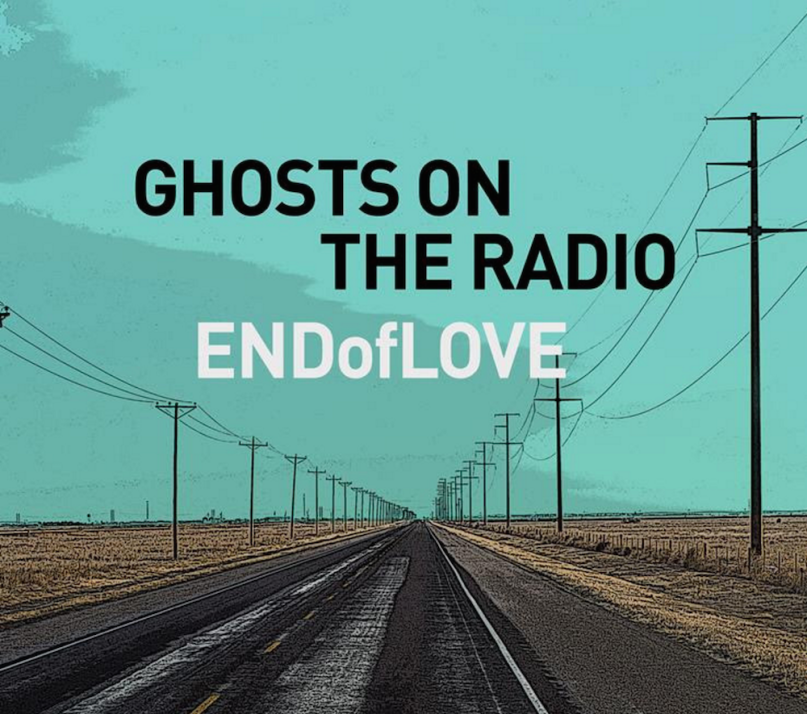 End of Love makes for an appropriate name for a supergroup. The New York-based outfit brings together members of Wilco, Big Star, and Sonic Youth, along with a litany of other established musicians for Ghosts on the Radio. Musicians join their first bands out of love, the sort of simultaneously hopeless and hopeful adolescent fatalism that makes being young and creative feel like you might explode. Bands and musicians make careers, if they’re lucky, chasing that original feeling. Joining a supergroup three decades later represents another matter; it isn’t necessarily about love. Even a cursory reading of the album title tells listeners that End of Love is more about looming mortality than recapturing that youthful passion.

The concept of a supergroup is an itchy one, a drawing together of parts, producing, often, less than their sum. End of Love, with its Fleetwood Mac-cribbing Americana, suffers from the problem of multiplied fractions: A process that would otherwise produce amplification instead generates less than any of the original products. On “100 Years”, a supposed open-road song, the hook feels calculated, a safe attempt at rock and roll, a refrain left on the cutting room floor of a Jayhawks album from the ’90s.

Album opener “Falling Hard” follows that same impulse: a desire to take the listener to the top of the room, which ultimately feels neither elevating nor particularly inspired. With the long list of collaborators for End of Love, it’s easy to see how energy could get drained out of the arrangements; this is less a band than a list of independent contractors arriving in studio to offer parts to a whole.

Ghosts on the Radio is never offensive in its construction or execution. In fact, the musicianship sounds top-drawer throughout. “Take This Heart” is a pretty arrangement rooted in slide guitar. It’s easy to picture it alongside early Linda Ronstadt, though “Silver Threads and Golden Needles” it isn’t. End of Love holds none of the energy and purpose of the bands and influences from which it draws. The harmonies, maybe the most distinct and pleasing feature of Ghosts on the Radio, echo The Mamas and the Papas, but often even these are lost in the crunchy guitars. At no moment on Ghosts on the Radio is it entirely clear at what End of Love aims. The album fails to coalesce a mess of otherwise independently good ideas.

On “Let It Go”, the album’s penultimate track, the band offers a window of their best self. The song roots itself in a simple rhythm section and a tight interplay between sung melody and lead guitar. If not for the obviously costly, clean production, it could easily fall into the same space as an early REM gem. College radio of the ’80s may well have been the ghost most worth chasing here, for even the furtive side-glances at NPR’s current listening demographic won’t secure the band a place in the hearts or libraries of aging Baby Boomers.

The closer, “Beautiful”, is a nearly seven-minute jam recalling American prog rock bands like Kansas. Like the refrain — “It was so beautiful” — both End of Love and its music are firmly rooted in the past tense. But, there isn’t even attractive nostalgia here, just a panoply of old ideas thrown together in an unpleasing pastiche. The joining of independently gifted musicians here produces none of the flash or power of collaboration. There is no love felt here — that we knew — and there also isn’t much of anything else.