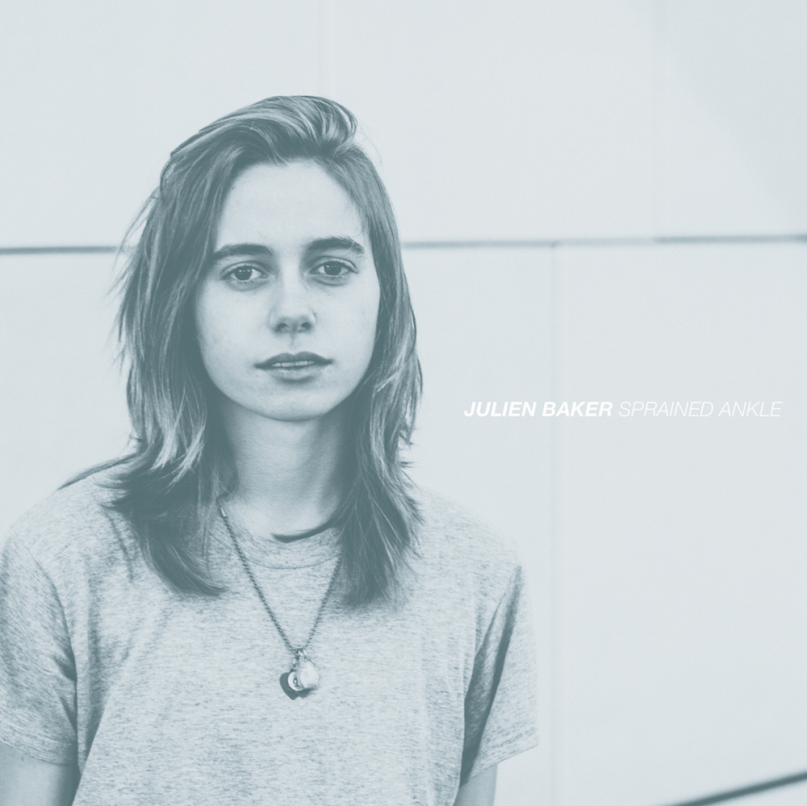 Julien Baker recorded Sprained Ankle at Spacebomb Studios, though her songs don’t share the down-home gloss of the other albums produced there this year. Instead of beefing up her honest tunes with rich layering like Natalie Prass or Matthew E. White, Baker pares her songs down to their simplest possible format: alone, singing and playing acoustic guitar directly into the microphone, sometimes in a single take. That decision resulted in a remarkable record, one full of beautiful, personal explorations revealed in stark intimacy.

That choice makes a lot of sense for Baker’s voice, both in the literal and figurative sense. Rather than Prass’ sweet, soaring tones or White’s blue-eyed soul, Sprained Ankle is delivered in reedy whispers and chilled coos. Released just before she turned 20 years old, the record still sounds raw — not that her voice lacks control or power, but rather that the weariness of songs about death, breakups, and existential questioning are sung with incredible presence. They’re coming of age songs from someone still coming of age, the wounds still fresh, the big truths currently being revealed. There are the struggles of depression, drugs, loneliness, but the clear-eyed way she faces it all supersedes any platitude.

Sincere uncertainty, isolated worry, and soft wonder drive much of the album, but when she pushes the edges, she flies past them majestically. The haunting “Brittle Boned” begins with a droning guitar line, Baker willing to let her voice fray at the edges as she sings lines about a hospital stay. There are flashes of a staticky TV in the waiting room, blood in the IV, nurses trying to insist that things will be “quick and easy”; her voice crackles like she’s aware of something we’re not. Then, the floor drops away, the sky cracks open, and she reveals it: “I’m so good at hurting myself.”

That kind of brutal emotional honesty delivered in relatively sparse, embodied settings, often with religious appeals, feels much like another of the year’s standout singer-songwriters: Torres, particularly echoing Mackenzie Scott’s solo live shows. On “Something”, Baker describes the ringing in her ears as “tasting like blood,” and embraces the painful paradox of repeatedly saying that she said nothing. “This present darkness swallowed my love,” she intones on “Vessels”.

On “Rejoice”, Baker wonders aloud at the existence of God, but then immediately says that he’ll be listening either way. She’s faced darkness, delivered some truths and even more questions, even to the point that she can’t decide how to feel about her own existence: “And I rejoice, and complain/ Lift my voice, that I was made.” The album later closes on “Go Home”, a song full of suicidal imagery: needles, meds, bleach. It also features a piano arrangement of a hymn called “In Christ Alone” and bits of “church radio” that accidentally fed into her preamp during recording. It’s a disconcerting way to end the album. The insistence that religion can save bleeds into her music entirely by happenstance, suggesting that maybe there’s some escape from all this pain that isn’t quite so bleak.

She’s clearly aware, too, of how grandiose both she and this preacher sound. “Wish I could write songs about anything other than death,” she sings on the title track. To be sure, the record tips into melodrama from time to time, and some songs float by while others pack a punch straight to the gut. But that kind of big, sincere emotionality is exactly what being 19 is, and Baker delivers it truthfully.