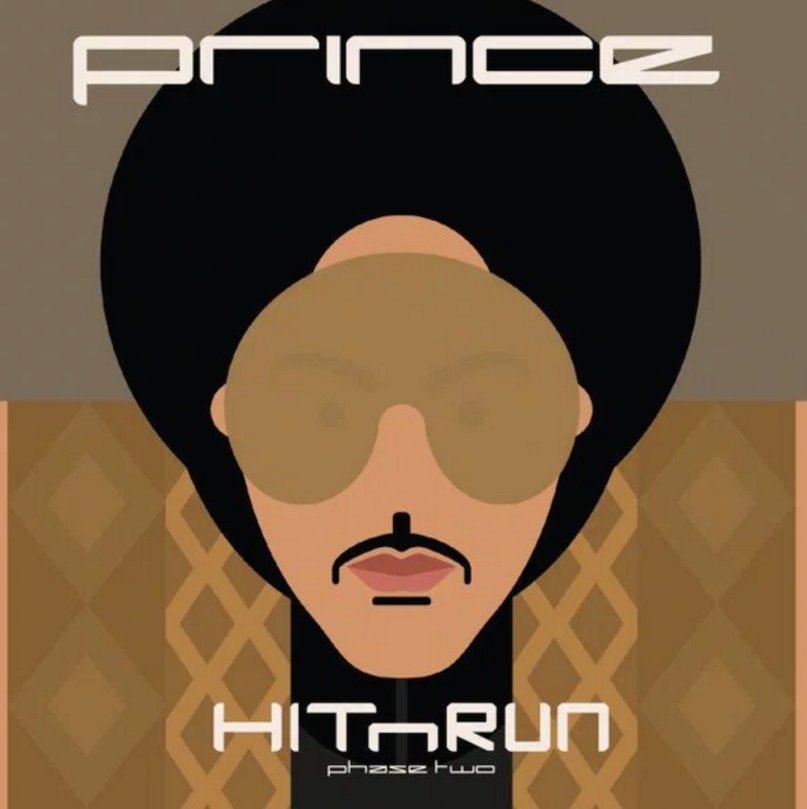 “Can I get a kiss?” Prince moans on “Stare”, near the middle of the second volume of the singer’s HITNRUN series. The famous guitar riff from 1986 single “Kiss” follows the lyric in a gesture one might suppose is meant to be glib, a joke we are all in on. Instead, it provides a disappointing look in the mirror, a transparent comb-over for an artist seemingly out of ideas, left only with the chance to do a version of himself.

In fairness, it may be impossible to become famous in America without becoming somewhat self-conscious. This reflexive quality is, after all, the very basis of fame: you, artist, seeing yourself through the eyes of millions. Iconic artists eventually descend into the echo chamber of self-consciousness, making art that seems to say, “This is something I would say” or “This is something I would sing.” The result is something affected, a bizarre dumb show of the artist performing some earlier version of their identity.

The weirdo quality of Prince, backed by his prodigious output, attempted to navigate the problem. At times, it appeared, he wasn’t particularly aware of his listeners at all. Turning himself into a symbol received much press, but even a cursory read of the rebranding revealed an artist trying to deny his very existence. How could he see himself if he wasn’t there to see?

But HITNRUN Phase Two is all too aware of itself. On Prince’s fourth album in the last two years, his once limitless capacity for musical ideas appears here as flight from some invisible enemy, the midlife crisis that prompts someone to wheeze, “Actually, I’ve never felt better” when they look like shit. “Don’t you wanna take a bath with me?” he sings on “XTRALOVEABLE”, against a backdrop of dystopic synths and packaged horns. Its sensuality is as unappealing as the arrangement. The punky “Screwdriver” should have been left for the Lenny Kravitz B-side collection where it might belong, and the chorus (“I’m your driver and you’re my screw”) sounds, somehow, more lecherous than inviting. Likewise, the slow-driving “When She Comes” roots itself in a graphic double entendre amidst the appearance of a frankly unbelievable accordion. This is Prince doing Prince, a cut-rate version of his once iconic fecundity.

The most compelling moment on the record arrives first — and even that isn’t particularly compelling. Prince, the former symbol (on a few levels, in fact), treads into political discourse with “Baltimore”, a protest song of sorts. HITNRUN Phase 2 arrived on Jay Z’s Tidal service in the same week that a Baltimore judge declared a mistrial in the case against William Porter, one of the six police officers charged with killing Freddie Gray. But even these inauspicious circumstances offer no special depth to lyrics like, “Does anybody hear us pray for Michael Brown and Freddie Gray?/ Peace is more than the absence of war” and “We’re tired of crying, people dying/ Let’s take all their guns away.”

In a year where Kendrick went HAM with a line like, “You hate me don’t you?/ You hate my people, your plan is to terminate my culture/ You’re fuckin’ evil,” and Killer Mike screamed, “It’s us against a motherfucking machine,” performing in St. Louis on the night Darren Wilson wasn’t charged in Michael Brown’s killing, it’s hard for the campy, four-on-the-floor beat of Prince’s “Baltimore” to register on the political Richter scale. If anything, the glossy, nearly musical theater schmaltz of “Baltimore” feels a bit dishonest, a plea from Pollyanna in a time of war.

Rock and roll, like sex and political activism, can be something of a young man’s game. This calculation is surely a cold, and maybe unfair, reality. Aging in the spotlight is especially fraught. While Prince is raging against the dying of the light, there exists no graceful innovation on HITNRUN Phase Two. Instead, Prince presents only an aped version of his one-time vitality.

Essential Tracks: “ROCKNROLL LOVEAFFAIR”, “LOOK AT ME, LOOK AT YOU”