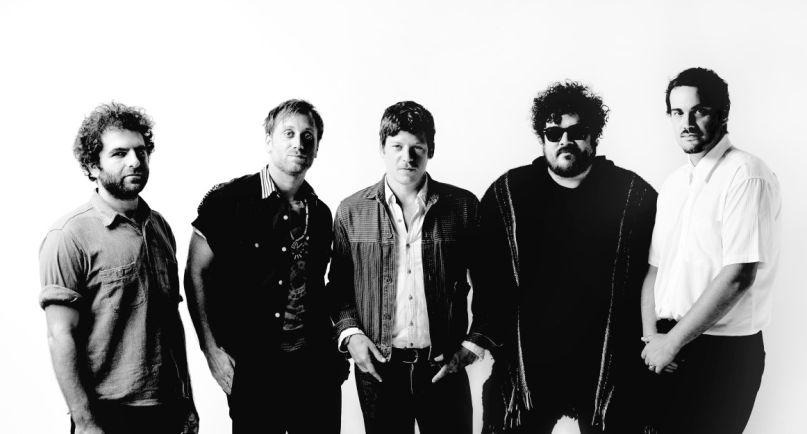 Brian Burton, AKA Danger Mouse, will christen his new Columbia Records imprint, 30th Century Records, with the December 18th release of 30th Century Records Compilation Volume I. The 11-track collection will highlight the type of guitar-centric artists Burton has brought on to the label, including Autolux, Apache Sun, Nine Pound Shadow, and Sam Cohen. Also on the comp is a new offering from The Black Keys frontman Dan Auerbach’s latest project, The Arcs.

The Arcs contributed a heavy track called “Fools Gold” to the collection. A creeping bass line stalks throughout the song, followed closely behind by some haunted synth notes. There’s a ghostly feeling here, like the song is striding down the dark streets of 19th century London. Of course, this being The Arcs, there’s a psychedelic bend on the guitar, which only goes to heighten the sense of unease permeating the song.

“[‘Fools Gold’] has the same thrilling discovery, the same shiny luster and perceived weight as gold,” Auerbach told Rolling Stone about the track, “but it isn’t gold and when all is said and done, it has the same value as a hunk of shit. It’s always been so easy to be a fool.” Take a listen below.

“Fools Gold” is yet another entry in what has already been a prolific year for Auerbach’s new band. They released their debut LP, Yours Dreamily, in August, following it up with a Record Store Day 10-inch called The Arcs vs. The Inventors Vol. 1. Find the full 30th Century Records Compilation Volume I tracklist below.