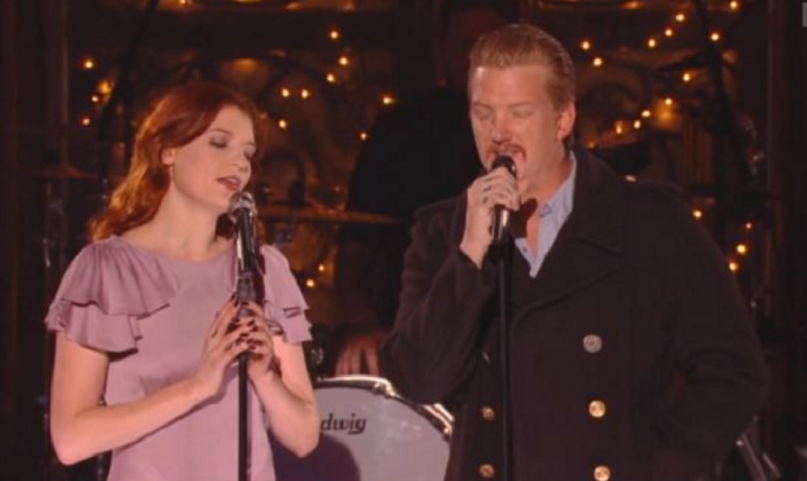 The November 13th terror attacks in Paris left 130 innocent people dead, 89 of who were attending an Eagles of Death Metal concert at the Bataclan. Almost immediately, the band began raising money for the victims, encouraging fellow artists and bands to cover the EODM song “I Love You All the Time” as part of their Play It Forward Campaign. For every cover sold, 100% of its publishing income will be donated to charity.

Today, EODM released the first way of covers. Among the 13 tracks are previously heard live covers performed by My Morning Jacket and Savages, as well as Dean Ween’s studio version. There are also several new recordings from the likes of Florence and the Machine with The Maccabees, Kings of Leon, and Jimmy Eat World, which you can hear below.

All the covers are available today on iTunes, Amazon Prime, and Spotify.

Additionally, EODM have announced the release of a Pearl Jam-themed vinyl release containing PJ’s live version of “I Want You So Hard” (recorded at Estadio Maracanã, Rio de Janeiro) as well as drummer Matt Cameron’s sparse take on “I Love You All the Time”. Pre-orders are available via Pearl Jam’s website.

In related news, EODM recently announced that they’ll be resuming their European tour in February.