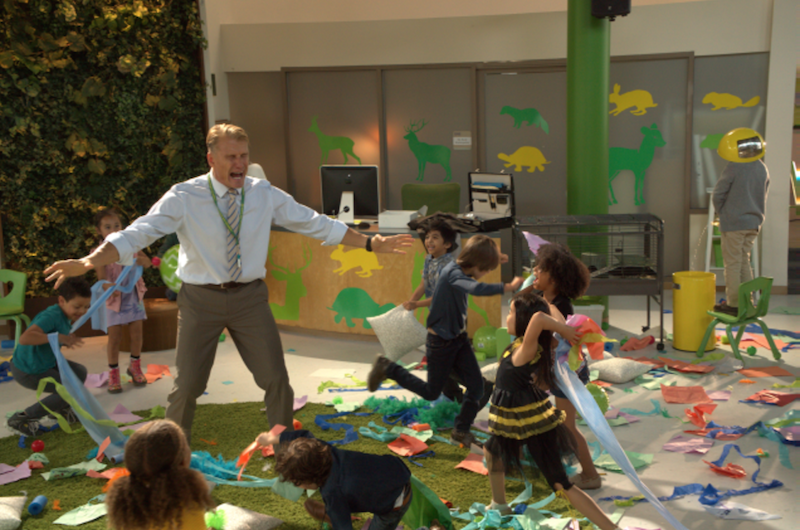 No one really asked for it, but a sequel to the 1990 comedy Kindergarten Cop is coming to a TV near you. While the storyline remains the same (police officer goes undercover to solve a crime), unlike its predecessor, Kindergarten Cop 2 stars Dolph Lundgren and not The Governator, Arnold Schwarzenegger, in the title role.

Directed by Don Michael Paul (Jarhead 2: Field of Fire), the plot is described thusly: “Assigned to recover sensitive stolen data, a gruff FBI agent (Lundgren) goes undercover as a kindergarten teacher, but the school’s liberal, politically correct environment is more than he bargained for.” You don’t say?

Today, the first batch of stills from the film have been revealed, showing that, indeed, the school and its frenzied student body prove to be a major headache for the pretend educator. There’s some kind of walkabout or field trip wherein the class is accompanied by heavy duty security forces; a lesson in face-painting gets entirely too messy; and Lundgren basically loses his marbles as kids trash the classroom with streamers. Teaching little ones ain’t easy, in case you didn’t know. For what it’s worth, a few photos do capture some rather heartwarming scenes.

Check out the photos below (via About.com).