Johnny Depp was Hollywood’s most overpaid actor of 2015

Denzel Washington and Will Ferrell were second and third, but it wasn't even close 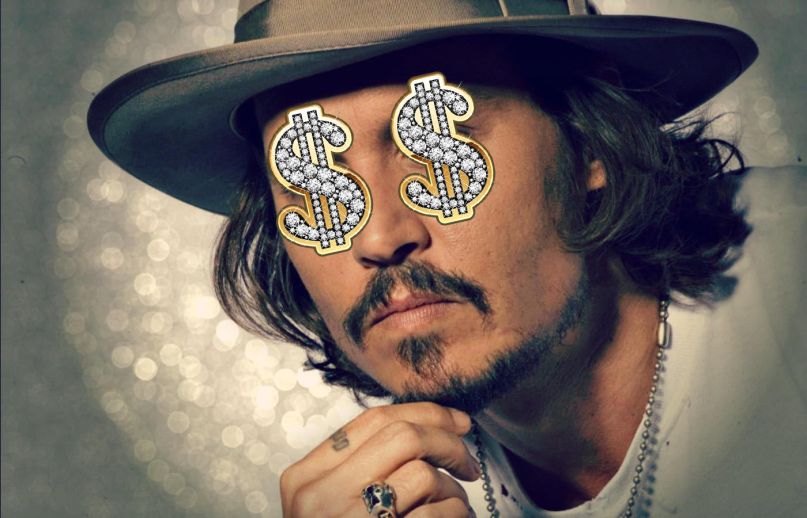 Once they’ve built up enough cred, Hollywood actors start demanding some pretty outrageous paydays. But what happens when your cred can’t match the box office draw for the movies studios are putting you in? Well, you end up on the top of Forbes’ annual list of Hollywood’s Most Overpaid Actors.

To calculate their list, Forbes looks at an actors three most recent films prior to the June cutoff date (excluding animated films or cameos, or films released on fewer than 2,000 screens). By subtracting the estimated production budget from a film’s global box office take, the publication get an approximation of the movie’s income. Add all three of those incomes together and divide by the actor’s estimated total earnings from the three films, and you get a rough representation of how much return on investment that actor provides.

Topping this year’s list by a landslide is Johnny Depp, who earned studios $1.20 dollars for every dollar he was paid. It’s true there’s Oscar buzz for Black Mass, but that movie’s release date came after Forbes’ cutoff. The killers were Mortdecai (which grossed just $47 million on a $60 million budget) and Transcendence (which barely made back its $100 million production cost with a $109.3 million global pull).

Depp is actually a solid $5 ahead (behind?) the second place actor on the list, one Denzel Washington. While The Equalizer, 2 Guns, and Flight all made decent money, Washington’s massive fees still left the studios with only $6.50 to the dollar. That’s not much better than Will Ferrell at $6.80 per $1, who couldn’t get over ho-hum returns for Anchorman 2 and The Campaigns even with Get Hard’s draw.

Luckily for Adam Sandler, who topped the list the last two years in a row, his Netflix deal disqualifies him from inclusion on the list. Smart move, Sandler. Check out the complete list below.