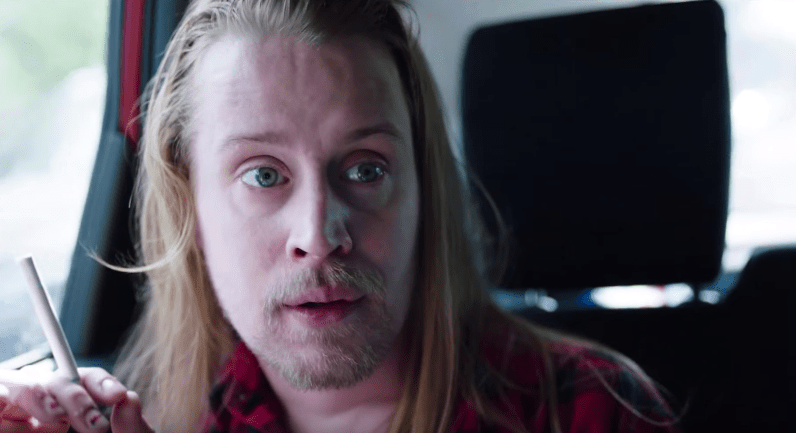 When you think about it, the Home Alone films are pretty messed up. Sure, Kevin McCallister is adorable and resilient, but the little guy got left behind by his family twice before he turned 10. And yes, he fought back against two inept criminals, but those guys threatened to bite off his fingers and rip off his “cajones and boil them in motor oil.” The kid was eight. That’s not even taking into account the madness of his home life on a regular basis, the scapegoat for everyone’s problems and the target of endless cruelty by his older relatives.

So in reality, Kevin probably grew up to be a pretty troubled dude. In fact, that’s just how Macaulay Culkin plays him in the premiere episode of the new web series :DRYVRS. Created by and starring Jack Dishel of Only Son/The Moldy Peaches (and also Regina Spektor’s husband), the series chronicles one man’s strange encounters with ride-share drivers. On his first journey, he’s picked up by a highly irritated Culkin, and it slowly becomes clear that he’s back in the McCallister role.

When it’s revealed that Culkin can’t even drive, he and Dishel switch places. From the backseat, Culkin/McCallister unloads about how he still has “nightmares about this bald weirdo dude chasing me around, talking like Yosemite Sam,” and how his family remembered his “bastard of a brother” but forgot  “the cutest fucking eight-year-old in the universe… by far.” Upon reaching Dishel’s destination, however, Culkin has to whip out his old MacGyver tricks when someone tries to carjack them. This time, though, McCallister’s not some innocent little boy, and things take a twisted, violent turn.

See what happens when children’s movies grow up by watching episode one of :DRYVRS below.