The octet's debut LP, Volume I, is being finished now 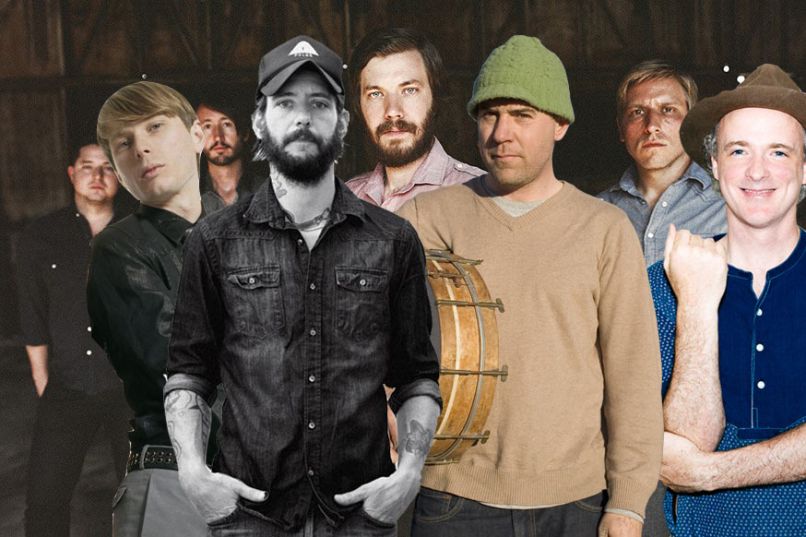 The group was formed by Pulido, who simply emailed artists he admired on a whim to see if they wanted to join a collaborative project. “I was surprised people said yes,” Pulido told the Dallas Observer. He added, “It’s a humbling and cool experience to share something like this with some of your musical idols who are also nice people.”

Pulido calls the band a “poor man’s Traveling Wilburys,” a supergroup to which they pay homage by entitling their forthcoming debut Volume I. (The group featuring Bob Dylan, George Harrison, Tom Petty, et al released two albums titled Vol. 1 and Vol. 3.) The album will feature 10 songs, most of which were recorded at Denton, Texas’ Redwood Studios. Some of the artists contributed remotely, including Kapranos, who is finishing the mixes on the tracks now.

“To tell you the truth, I’m a little mystified what the whole thing is myself, which is fine,” Lytle said. “I was asked to contribute however I felt like. I had a couple of songs that were just floating around and didn’t have a home in my own catalog and thought it’d be a good opportunity to use them for this Banquet thing.”

Pulido already has plans for a Volume II, though it may not feature the same group as this record. According to the Observer, the Midlaker is eyeing Rufus Wainwright, Norah Jones, and John Grant for the follow-up. As for Volume I, ATO and Bella Union are said to be interested in handling the release. Banquet also plans to perform the album in full, alongside selections from each musician’s own catalog, at a show in Denton at some point in the future.