Alt rock singer, 48, was found unresponsive on his tour bus

by Alex Young and Ryan Bray 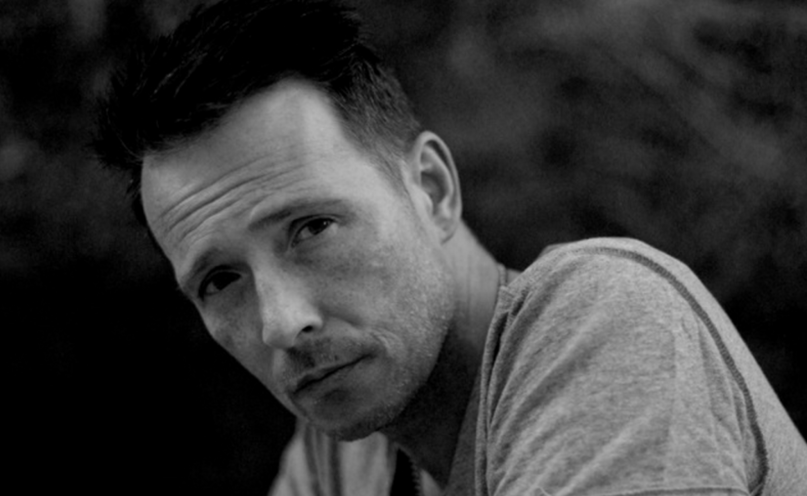 Scott Weiland, the former frontman of Stone Temple Pilots and Velvet Revolver, has reportedly died at the age of 48.

News of Weiland’s death was first reported by Jane’s Addiction guitarist Dave Navarro, who frequently collaborated with the singer. Weiland’s Facebook page has since confirmed the news.

Weiland was due to play a show with his band the Wildabouts in Hamel, Minnesota, on Thursday night. According to TMZ, his body was discovered inside his tour bus around 9:00 p.m. local time. As of now, the cause of death is unknown. Update – Friday, December 4th at 9:30 a.m.: TMZ reports that Weiland died from cardiac arrest.

“We are deeply saddened to learn of the loss of our old friend and bandmate, Scott Weiland. We experienced a good chunk of life with Scott, and even in his darkest times, we all had hope and love for him. His artistry will live on, of that there is no doubt.

Deepest condolences and sadness are for his children, Noah and Lucy.

We all travelled around this world together on tour; our band, wives, and kids… and we grew to a big family that still remains to this day. It’s just so sad and brutal from any perspective.

Let us start by saying thank you for sharing your life with us.

Together we crafted a legacy of music that has given so many people happiness and great memories.

The memories are many, and they run deep for us. We know amidst the good and the bad you struggled, time and time again.

It’s what made you who you were. You were gifted beyond words, Scott. Part of that gift was part of your curse.

With deep sorrow for you and your family, we are saddened to see you go.

All of our love and respect.

We will miss you brother,

Update – Friday, December 4th at 4:10 p.m.: Scott Weiland’s Wildabouts bandmate Tommy Black has been arrested and charged with fifth degree felony possession of drugs after police found him in possession of a small quantity of cocaine, according to TMZ.

Update – Thursday, December 10th at 3:30 p.m.: According to a search warrant filed by the Bloomington Police Department (via Rolling Stone), two bags of cocaine were found on the tour bus, as were a number of prescription drugs including the sedative Lunesta, anti-anxiety drug Klonopin, Viagra, sedative Dalmane, narcotic Buprenex, and the antipsychotic Geodon. “Located in the bedroom in plain view was an unknown white substance packaged in baggies,” the affidavit reads. “The packaging is common with the way narcotics are packaged.”

As the vocal force behind both Stone Temple Pilots and Velvet Revolver, Weiland will undoubtedly be remembered as one of alt rock’s greatest yet troubled frontmen. After meeting at a Black Flag concert, he and Robert DeLeo formed STP in 1989. With a lineup rounded out by Dean DeLeo and Eric Kretz, the band emerged amid the early days of post-grunge. Thanks to the success of singles including “Plush”, “Wicked Garden”, and “Creep”, the band’s 1992 debut Core made STP into one of alternative rock’s most promising exports.

STP upped the ante entirely with their sophomore effort, Purple, which would go on to sell six million records. Released in 1994, the record retained its predecessor’s hard rock edge, but was a quantum leap forward in terms of songwriting. “Vasoline”, with its paradiddle-like song structure, is as quirky of a lead single as you’ll likely find anywhere, while “Unglued” brought some of that thunderous crunch that made Core’s heaviest moments so appealing. The band also extended itself into a more pop-centric realm with the singles “Interstate Love Song” and “Big Empty”, helping the band crossover to a broader audience outside of an exclusive grunge or alternative domain. Weiland’s voice continued to be the band’s deadly weapon, a powerful, soulful baritone that gave the band’s music ample heart and conviction.

Despite STP’s commercial success, Weiland struggled with a well-publicized addiction to drugs and alcohol. In 1995, he was caught and convicted of buying crack cocaine and sentenced to one-year probation.

STP soldiered forward despite Weiland’s troubles, releasing Tiny Music…Songs From The Vatican Gift Shop in March of 1996. Musically, the record marked more of a psychedelic detour for the band, but the most jarring difference came in Weiland’s vocals. Gone for the most part was his trademark bellow, which was now replaced with a higher, more strained vocal delivery. The record soared commercially on the strength of singles “Big Bang Baby”, “Lady Picture Show”, and “Trippin’ on a Hole in a Paper Heart”, but Weiland’s personal problems continued to divide STP. His continued drug use forced the band to cancel touring in support of the record, leaving the rest of the band to briefly perform and record music with Ten Inch Men frontman Dave Coutts under the name Talk Show.

Weiland, meanwhile, went his own way. 12 Bar Blues, released in 1998, marked the singer’s first and best solo effort. In an odd reversal of fate, 12 Bar Blues won favor with critics while being met with a lukewarm response by fans. The album was an eclectic, innovative outing that gave credence to the fact that Weiland, at his best, was an artist of merit, dispelling any suggestion that he had little more to offer the world than a great voice and rock and roll attitude. The record’s cover, an obvious homage to John Coltrane’s legendary Blue Train, profoundly played up Weiland’s public image: sexy and mysterious, cool but distant. It also not so subtly hinted at the singer’s inner turmoil.

As improbable as another STP record seemed after Tiny Music, the band returned with a surprisingly solid effort in 1999’s aptly titled No. 4. A record that squarely fits the “return to form” designation, No. 4 brought the band back full circle to its bulldogish, arena rock origins, even if its biggest splash was the sweet, subdued “Sour Girl”. The record gave fans reason to be cautiously optimistic about the band’s future. When the band gathered for a taping of VH1 Storytellers in 2000 looking happier and more at ease with its proudly sober frontman, STP’s worst days certainly seemed to be behind them. But the band seemed forever burdened to take one step forward only to take two steps back. Tensions in STP continued to flare up, and after the lackluster reception to 2001’s Shangri La Dee Da, STP officially disbanded the following year.

Weiland’s substance abuse issues persisted, and in 2007 he was arrested for DUI. Still, he reunited with Stone Temple Pilots in 2008 for an extensive US tour. The success of the tour led to the recording of a new album, 2010’s Stone Temple Pilots. However, by 2012, Weiland had once again worn out his welcome and was fired from the band, replaced by Linkin Park’s Chester Bennington. His sacking led to a multi-year legal battle with his former bandmates that, as of today, remains unresolved.

Outside of his work with STP and Velvet Revolver, Weiland released two additional solo albums, “Happy” in Galoshes in 2008 and The Most Wonderful Time of the Year, a collection of christmas covers, in 2011. Last year, he formed the Wildabouts for a new LP, Blaster, which was released March of this year.

Below, revisit some of Weiland’s greatest hits.