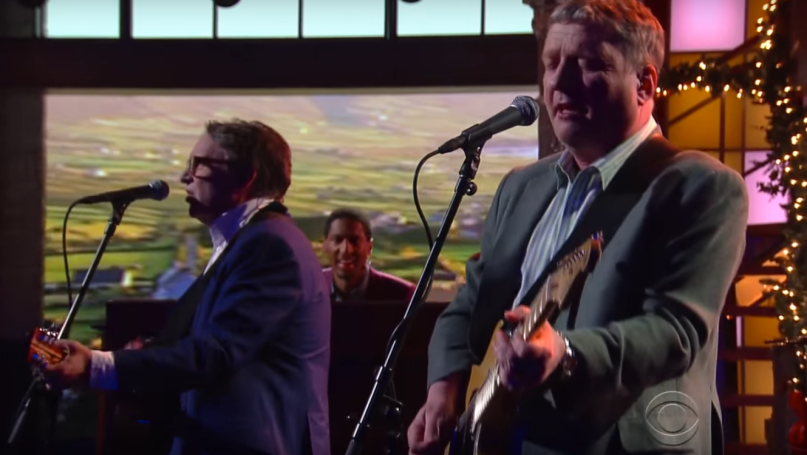 Back in October, Squeeze returned with their first full-length in 17 years, Cradle to the Grave. Last night, the new wave veterans supported the long-awaited follow-up to 1999’s Domino with an appearance on Colbert. Update: As several readers have pointed out, the band played Late Night with Jimmy Fallon in 2010.

Nearly two decades may stand between their LPs, but Squeeze looked and sounded as though they never took a breather, doling out an in-sync performance of “Happy Days”. They were assisted by Colbert’s house band, Jon Batiste with Stay Human. Catch the replay below.