The FBI has yet to seize the Wu-Tang album from Martin Shkreli, but they probably will soon 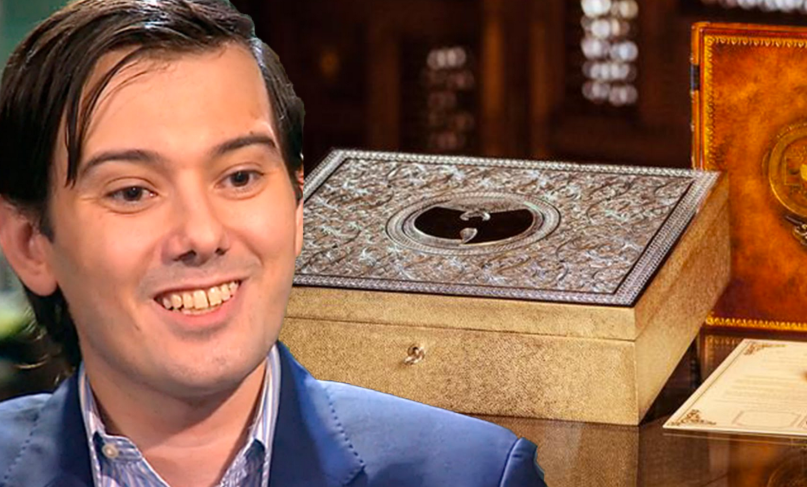 Today the entire world was united by news that scumbag pharmaceutical CEO Martin Shkreli was arrested by federal agents on charges that he allegedly stole million of dollars from his former employer as part of an elaborate ponzi scheme to pay off debts. He faces upwards of 20 years in prison.

What then does this mean for Once Upon A Time In Shaolin, the one-of-a-kind Wu-Tang Clan album that he recently purchased for $2 million dollars? The FBI was quick to note that Shkreli’s arrest did not include a seizure warrant and thus, the Wu-Tang album remains in his possession.

#Breaking no seizure warrant at the arrest of Martin Shkreli today, which means we didn't seize the Wu-Tang Clan album.

Don’t worry though; The Atlantic has outlined several reasons why Shkreli may be forced to surrender the album to the government. Chief among them? Whether or not he used stolen funds to purchase the album. If he did, then the government has the legal right to seize Once Upon A Time In Shaolin. And based on the indictment, it appears they’re going to try and do so.

The Atlantic also notes that Shrkeli may be forced to sell the album to cover the cost of his legal fees. What’s more, if and when he’s convicted, Shrkeli could be subject to a substantial fine. If he cannot afford to pay it himself, the government can seize all of his assets, including the album.

Then again, Bill Murray could just save everyone the trouble and get the album back himself. Even RZA thinks so.

We're really getting the urge to call Bill Murray.