May the Force be with you, and with your spirit 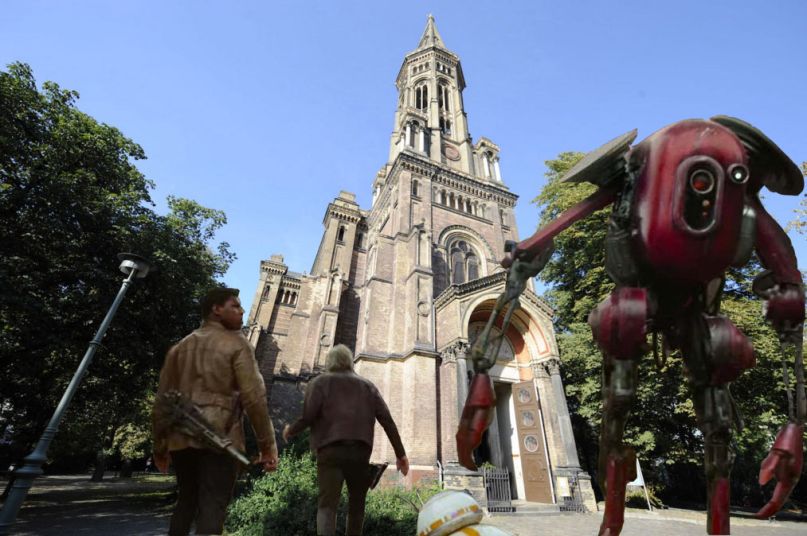 It’s not easy getting people into church nowadays. Religious disenfranchisement is at an all-time high, and you’ve got to compete with modern attractions and entertainment. It certainly doesn’t help that the weekend before Christmas also happens to be the weekend Star Wars: The Force Awakens opens in theaters. But one German church has come up with a way to attract both followers of The Force and of God this Sunday by creating a Star Wars-themed Advent service.

Vicars Ulrike Garve and Lucas Ludewig of Berlin’s Zion Church will welcome prayer seekers and Jedi fans alike with John Williams’ iconic score played on the organ, as well as other songs from Return of the Jedi. Excerpts from the films’ trailers will screen beneath the pulpit during the services, and there will even be a costume contest at the end.

(Read: Nothing But Star Wars Week)

But the Force fun isn’t just surface level. Garve and Ludewig came up with the idea after noticing parallels between the original trilogy and lessons of the Church, and they’ll be constructing their sermon accordingly. As Ludewig explains, “in the climactic scene of Episode VI [Return of the Jedi], Luke Skywalker is tempted to the side of the evil Emperor,” but he turns his cheek much as Jesus would’ve done. The pair also reference Romans 12:21, which reads: “Do not be overcome by evil, but overcome evil with good.” That’s essentially the Light side versus the Dark side in a nutshell, so there’s actually some logic in the pastors’ plans.

Well, like they say, may the Force be with you, and with your spirit.