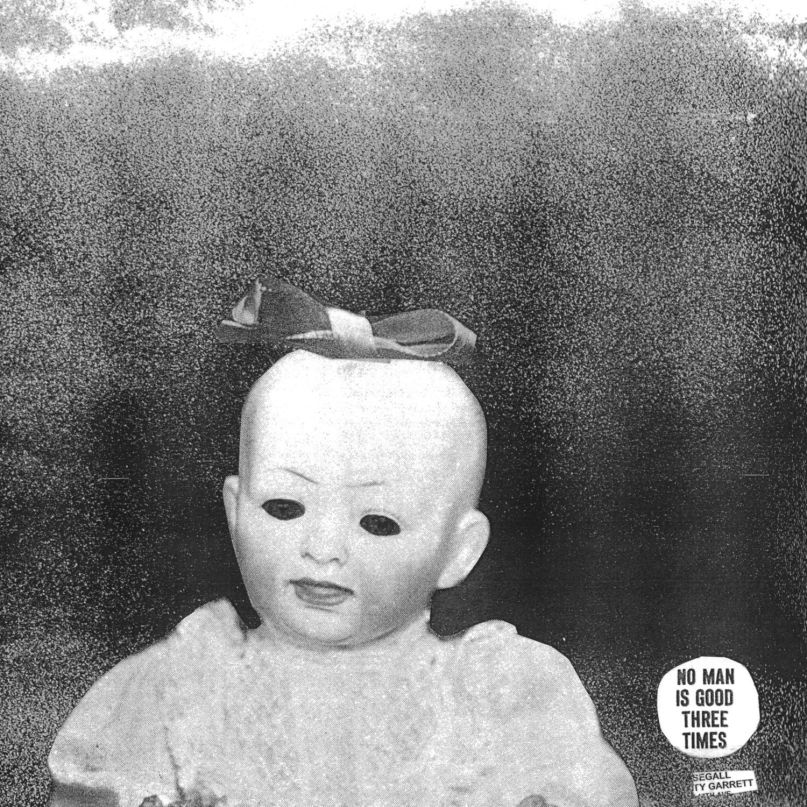 No matter how much rock writers and fans worship him, no matter how many opportunities acclaim and a loyal fan base may bring, Ty Segall has always kept his distance from music industry trends and patterns. The 28-year-old California native has been a record collector since the CD era, a son of ‘60s and ‘70s garage rock, glam, punk, and metal who preserves long-standing rock traditions with as few wrinkles as possible. He also instills his music with enough signature traits to separate himself from likeminded revivalists, things like his strong vocal melodies and blazing, Mascis-ian guitar solos. Connecting it all is an urgency, a sense of purpose that could vanish if he were to become some “rock star.”

“I want to make records you don’t have to think about,” Segall told Spin in 2012, at the height of one of his most productive periods ever, the year he released his joint album with White Fence (Hair), the Ty Segall Band full-length Slaughterhouse, and the supremely melodic solo effort Twins. With the new Emotional Mugger, Segall’s first solo album since 2014’s ambitious Manipulator, he emphasizes his music’s sheer force like never before, obliterating expectations for another work-intensive masterpiece following that meticulously crafted double album. Segall’s output over the last decade is proof that making music is truly its own reward for some artists, and over the course of 11 songs and 38 minutes, Mugger epitomizes that passion like no album of his before it.

The same things that make Mugger raw and powerful, though, will also make it Segall’s most polarizing solo album yet. His music has grown more accessible for general audiences over the years, but with Mugger — which officially comes out two months after VHS copies were sent to unsuspecting journalists — he reverses that trajectory. It’s a move back toward the noisier garage rock roots he established with his 2008 self-titled debut and 2009’s Lemons. In that same Spin interview, Segall talked about touring as it relates to the rest of his musical existence: “It’s not my favorite thing; recording is. It’s so fun. You can get weird.” Mugger sounds like it was a hell of a lot of fun to make, and Segall gets plenty weird here, too, with guys like producer F. Bermudez, Dale Crover, Mikal Cronin, and King Tuff all contributing to the madness. Does that make it “good”?

A number of factors combine to make Mugger a defiantly messy album, things like Segall’s exaggerated, British-accented sneer, blistering guitar distortion, and lyrics that satirize emotional connection in our current era. (In the wording of a Segall-starring skit uploaded to Drag City’s YouTube channel, the concept of “emotional mugging” refers to “a psychoanalytic subject-to-subject exchange formed as a response to our hyper-digital sexual landscape.”) It’s a less-than-ideal starting point for listeners uninitiated to Segall’s catalog, who should head for Twins’ glimmering vocal melodies and sky-streaking solos, or Sleeper’s contemplative psych folk, or the barreling riffs of Manipulator. If Mugger lacks those albums’ fluid songwriting, though, that doesn’t necessarily make it a weak entry in Segall’s discography. It just strikes from angles those albums didn’t.

Relentlessly fuzzed-out and breakneck-paced, Mugger exists outside of expectations that critics and fans might have for Segall; it’s hard to think about any of it until it’s all over. That’s not to say its cohesion renders it without individual highlights; it has those in the form of the soaring, sardonic “Californian Hills”, the earth-shaking Equals cover “Diversion”, and the Stooges-style stomp “Candy Sam”, one of several songs where Segall uses candy as a metaphor for instant gratification. On the whole, though, Mugger is Segall at his most unhinged, an album for longtime fans who follow him for his frenetic soloing and general trippiness as much as the possibility of hearing another all-time great Segall composition like “Girlfriend” or “The Singer”. It’s why he’s able to include the hissing studio experiment “W.U.O.T.W.S.” in the tracklist and it have it feel only slightly out of place.

Segall’s albums and various side projects tend to pop up at unpredictable intervals, as he keeps his creative options wide open. His 2015 slate included (but was not limited to) the release of his four-song Mr. Face EP, a live album with the Ty Segall Band, his band Fuzz’s 67-minute II, and the expanded version of his T. Rex tribute Ty Rex, plus the formation of two new bands, GØGGS and Broken Bat. For all you or I know, he could have another hour-long opus complete with a string section right around the corner. For now, Emotional Mugger bolsters his status as a singular mind in today’s rock landscape while keeping that reputation in his control.