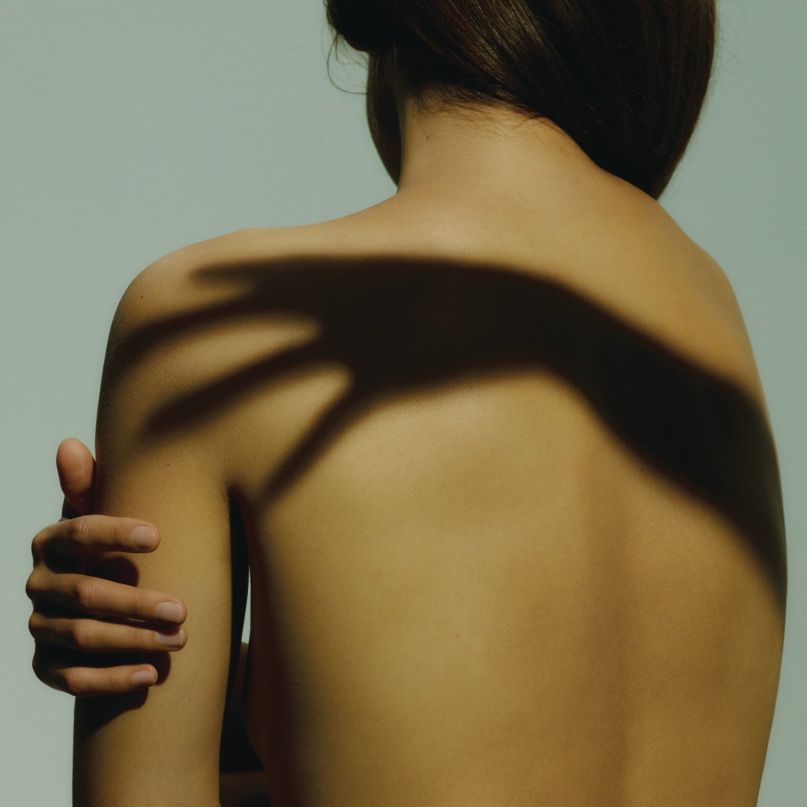 If Kelly Zutrau doesn’t want to be your girl no more, man, you must have really messed up. The lead singer and chief songwriter of Wet is admittedly obsessed with all the ways coupling can result in mutually assured destruction, but her demands for a healthy relationship actually seem pretty reasonable. “When you say you love me, baby, let me see your face,” she asks on “It’s All in Vain”, the opening track of Wet’s full-length debut, Don’t You. Later, she begs her lover to “call me by my real name,” a task that should rank relatively low in terms of overall difficulty. In this context, though, it seems on par with slaying the Hydra.

Whoever broke Zutrau’s heart left a scar that runs 11 songs deep, though with scars it’s important to distinguish between raw (which this album is) and ragged (which it is not). The lyrical themes on Don’t You are so single-minded that, not unlike a bad relationship, they wear the listener down and leave her grasping for an escape. Zutrau finds so many ways to restate and reinforce her loneliness that it’s almost as if “staring into the abyss” is her default setting. If there was nothing more to Wet than Zutrau’s cut-wide-open lyricism, Don’t You would be a long, painful poem about romance and its inadequacies, and one that most listeners wouldn’t have the stomach to sit through.

[Read: A Conversation with Wet]

Thankfully, there is more to Wet — namely multi-instrumentalists Joe Valle and Marty Sulkow, who work in tandem to make Zutrau’s version of the abyss as seductive as possible. Drawing on the minimalist R&B template set forth by Dev Hynes and perfected by SZA, they blend sparse beats, electronic blips, and palm-muted guitar riffs to form a sonic backdrop that’s as thick as pudding and twice as tempting. Some of the textures they come up with are so full and tactile, it’s tempting to tilt the speaker and see if any liquid pours out.

When we CoSigned Wet last July, they seemed to resist the R&B label in favor of something more flexible. “We say that we’re influenced by a lot of R&B music,” Zutrau explained, “but we try to stay away from saying much more than it’s pop.” That description checks out, but rarely does pop music feel this private. On one hand, Zutrau bares her soul with such breathy trepidation that every verse becomes a secret shared between confidants. (“I don’t ever wanna leave you/ I never wanna be alone again,” she confesses on lead single “All the Ways”, a song that exemplifies her talent for being simultaneously mundane and heartbreaking.)

But Don’t You is also private in the way that some of the best R&B records are private: the fogged-up-windows, between-the-covers way. Slow jams like “It’s All in Vain” and “Deadwater” sweat sensuality from their pores, making for an ideal soundtrack to a particularly sad and romantic kind of sex. Wet has hinted at the fact that Don’t You contains a “much wider sonic palette” than their debut EP, but all of these songs belong in the bedroom. Not to be crass, but it doesn’t seem accidental that the band’s name evokes a telltale sign of arousal.

So, how can a pop group obsessed with crippling loneliness evoke such carnal sensations? The answer to this question, like one of Sulkow’s riffs, is slippery and elusive, but it gets close to the ambivalence that fuels the group’s most interesting songs. Zutrau may be unable to write about anything other than bad relationships, but her lyrics occasionally contradict each other in ways that seem playful and even illuminating. Check out the hook to “Don’t Wanna Be Your Girl”, which consists of two lines that seem like they belong in different songs: “I don’t wanna be your girl no more/ I just wanna see your face at home.” The nonchalance with which these lines are juxtaposed lends the song a vibrant energy that it would otherwise lack. Zutrau seems as if she’s still working out her emotions on the fly, and her indecision pulls us in because 1) we can relate to it, and 2) it adds a sense of volatility to music that’s otherwise been polished to near-perfection.

Zutrau pulls off a similar trick on the album’s Wettest-sounding track, “You’re the Best” (another version of which appears on the band’s 2014 EP). Perhaps more than any other song on the album, “You’re the Best” foregrounds Zutrau’s vocal capabilities and stretches them to their logical conclusion. It also exemplifies the conflict that rears its head at various points throughout the album. After three verses that chronicle the slow deterioration of a relationship, Zutrau throws a curveball in the first couplet of the chorus: “Baby, you’re the best/ We’ll figure out the rest.” It’s the kind of thing that could easily be dismissed as ironic when read on the page, but something in Zutrau’s rising cadence hints at sincerity. Or maybe it’s Sulkow’s guitar, which alternates between lingering chords and a quiet, rolling melody that’s less encumbered by effects than nearly anything else on the album.

This organic quality pops up every so often, as if to reinforce the human element of an album that relies so much on electronic flourishes to get its point across. Perhaps fittingly, the most vulnerable track — at least in the musical sense — comes at the very end. “These Days” hinges on a piano melody that meanders like a stream, and it’s the only song on Don’t You that doesn’t derive part of its efficacy from a slick groove. “Today I scare so easily,” Zutrau sings, and for once she’s got nothing to lean on as she stares into the abyss.

To say that it’s a rare moment of nakedness would be a lie; Don’t You is peppered with such moments. But it’s here, at the end, where the listener finally feels just as naked. Stripped of all blips and beats and pretenses, the only thing left is to take Zutrau’s hand and trust her to lead the way. The kicker here is that she’s not equipped to lead anybody anywhere. After all, she’s too busy looking for a boyfriend who isn’t a total shit.

Essential Tracks: “Deadwater”, “You’re the Best”, and “These Days”