Bluesy rockers embrace the darkness on their forthcoming 7-inch vinyl 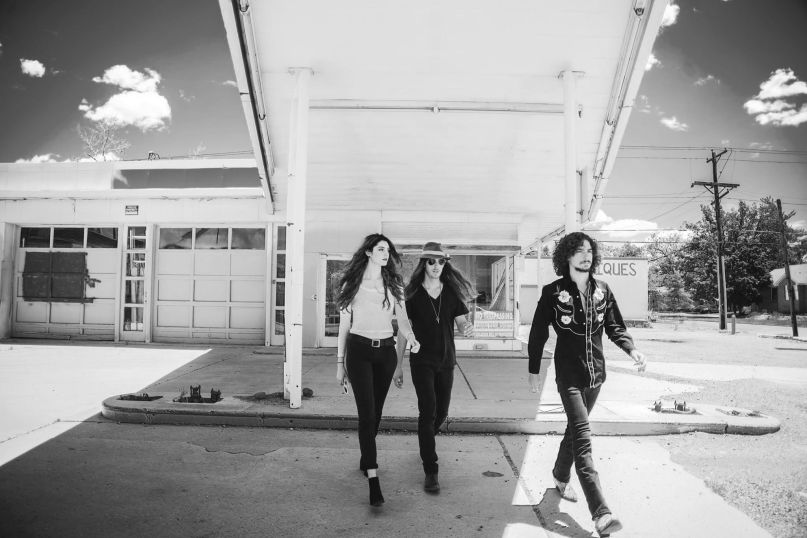 “Ooh baby, let’s go and kill tonight” isn’t usually the most enticing proposal, but it sounds downright irresistible coming from BANDITS bassist and vocalist LuLu Demitro. The band — which also features LuLu’s brother John on guitar alongside Andrew Oakley on drums — has just released “Kill Tonight”, the lead single from an upcoming 7-inch that bears the same name.

The song’s thick groove is as filthy as murder itself, with a rhythmic baritone guitar leading the way through a forest of dark synth sounds. The breakdown that comes about midway through the song is especially to die for, and you can bet your life on that pun being intentional. According to LuLu, “the track is inspired by a modern day Jekyll and Hyde, a psychotic way of looking at yourself and letting the crazy side take over.”

The Kill Tonight 7-inch vinyl was mastered by Grammy award-winning engineer Brian Gardner (Jack White, Queens of the Stone Age) and is due out in March 2016. Listen in to the Side A single below.