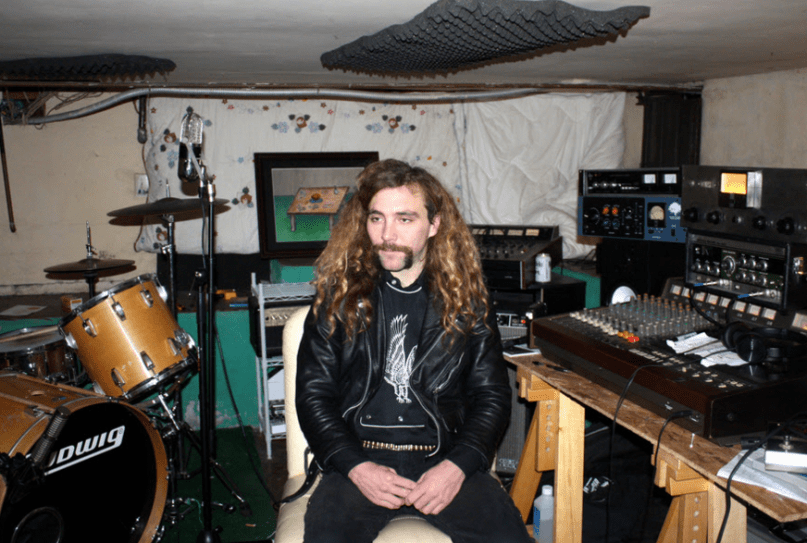 Charles Moothart has been a major part of the Bay Area garage noise revival over the last few years. He’s been at Ty Segall’s side from Perverts through the Ty Segall Band, Fuzz, and GØGGS. Moothart and Mikal Cronin launched Moonhearts together, and the former played on both of the latter’s most recent albums. Now, he’s taking his name solo as he’s launched the new project CFM.

CFM’s debut LP is entitled Still Life of Citrus and Slime and is due out April 8th via In the Red. The album was written during two months of deliberate isolation brought on by “a brief and impermanent” separation from his longtime girlfriend and bandmate. Now that those wounds are healed, Moothart is ready to share the grimy, acidic fruits of his labor, beginning with lead single “Lunar Heroine”.

The cut is a psychedelic slice of glamorous noise, squealing guitar licks tweeting off into the oblivion spiral of low-end sounds. Moothart’s voice is ominous, devilish even as it’s torn apart and reassembled in a crunchy mess of distortion. Yet somehow there remains a surf-y hooky-ness to the whole thing, as if riding this wave into the dark abyss of space wouldn’t be such a bad trip after all. Take a listen below.

CFM, which sees Moothart backed by high school friend Michael Anderson on guitar, Tyler Frome on bass, and Audacity’s Thomas Alvarez on drums, is currently on the road with Segall. Find their full upcoming itinerary underneath the Still Life of Citrus and Slime album art and track list.