David Bowie visualizes his own immortality in the video “Lazarus” — watch 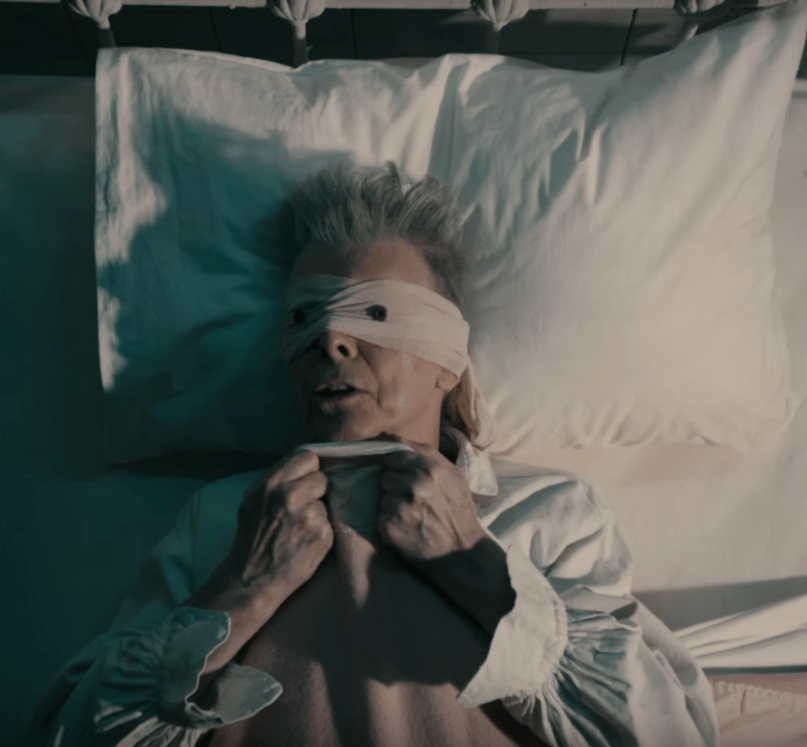 With just hours to go until the release of his 28th(!) studio album ★, David Bowie has unveiled the video for “Lazarus”. It appears to be somewhat a continuation of the video for “★” depicting Bowie as a man whose hallucinations have led to a stint at a mental ward. Perhaps this explains why Michael C. Hall filled in for the Thin White Duke to perform the song on Colbert? You can make your own interpretations by checking out the Johan Renck-directed visual below.

Update – Monday, January 11th: As it was released just days prior to his death, many have concluded “Lazarus” to be David Bowie visualizing his own immortality as he wrestles with his impending death at the hands of terminal cancer.

★, which was inspired by Kendrick Lamar and Death Grips, is available everywhere beginning Friday. For those Bowie novices, prepare yourselves with our 10-song beginner’s guide.