David Bowie, unwilling to tarnish his legacy, also turned down a collaboration with Chili Peppers 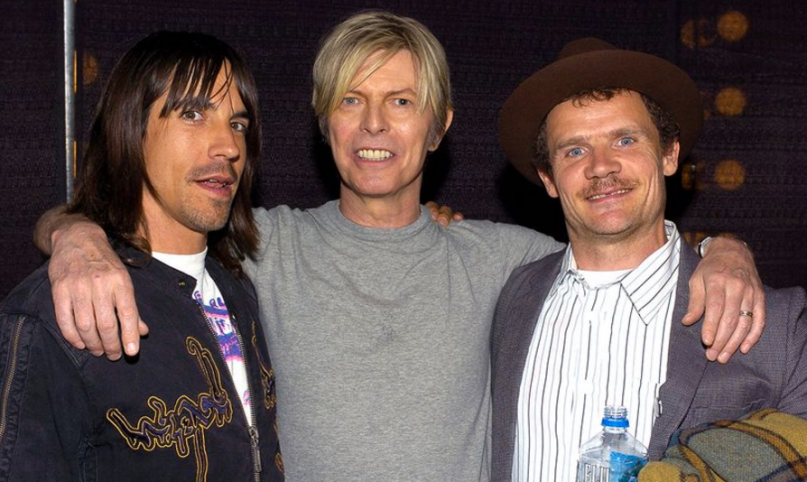 A number of fascinating anecdotes have emerged in the wake of David Bowie’s death. Among them: The Thin White Duke passed up an offer to collaborate with Coldplay because, as he put it, “It’s not a very good song, is it?”

Turns out Coldplay weren’t the only high-profile rockers to get snubbed by Bowie. So too did Red Hot Chili Peppers.

As Alternative Nation points out, Chili Peppers frontman Anthony Kiedis was a guest on Steve Jones’ Joney’s Jukebox radio program this week. Keidis recounted how they asked Bowie to produce their 2002 record By the Way, and later 2006’s Stadium Arcadium. Both times Bowie passed.

“Every record we ever made, we had the band discussion. ‘Who should we get to produce this record?’” ‘I don’t know, we have to try someone new!’ ‘Let’s get David Bowie!’ ‘Okay, let’s call him.’” Kiedis recalled.

“So in the beginning we would call him, and he would say no, respectfully. Then later we would write long e-mails explaining everything, and why it was time for us to really get our ships on, and he always respectfully declined. For two minutes I was heartbroken, and then I would hear Chad Smith play drums, and I’d be like, ‘We’re good, we could do something else.’”

“We asked him to produce By the Way as we were writing By the Way, and then we asked him again for our next record, which was Stadium Arcadium. He said no to us two or three times, but his mate [Brian] Eno, who we’ve also been asking our entire career to produce a record for us, has said no 8 times.”

Red Hot Chili Peppers don’t seem too bothered by Bowie’s rejection, however. They frequently cover “Suffragette City” in concert, and also released a live recording of it on 2014’s Rock & Roll Hall of Fame Covers EP. In the immediate aftermath of his death, Flea furthered honored Bowie by getting a lightning bolt tattoo.