Michael Bay's latest is unwatchable, unlikable, and unworthy of respect 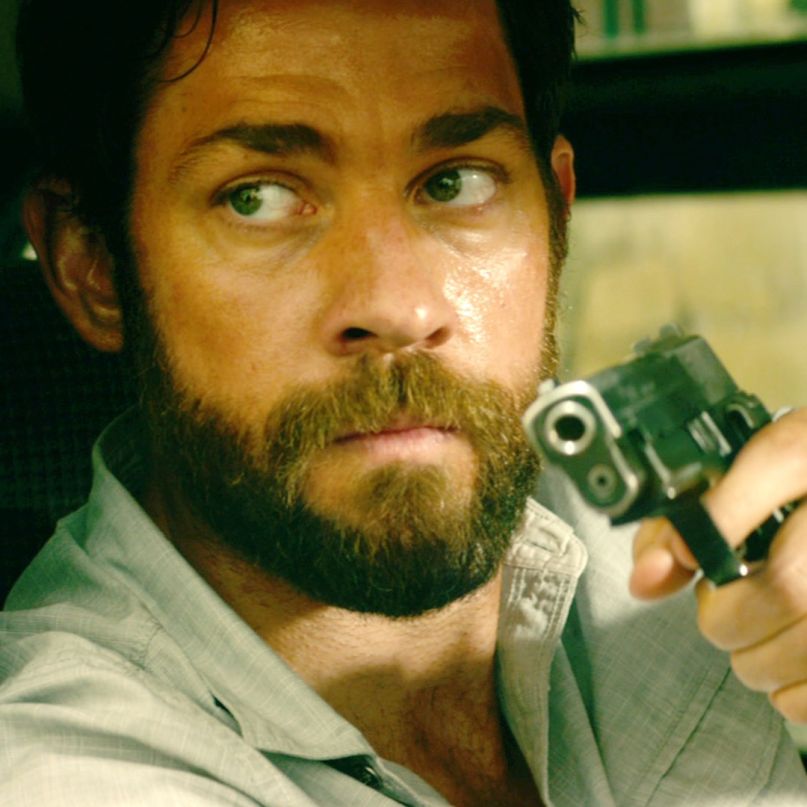 Mercenary Mark ‘Oz’ Geist (Max Martini) is wiped out from fighting. He’s been shooting Libyans all damn night, he’s been stuck on the roof of this compound in Benghazi, he’s probably all out of Budweiser (but not ammo), and he is bushed. He begins to wistfully think aloud. Man, wouldn’t it be just the tits if some F-16s came barreling out of the sky and put the “fear of God and the United States” into the enemy, as he puts it? Because fuck diplomacy. Now is the time for the top-down tracking shot of a falling bomb from Pearl Harbor! Nut up or shut up! You’re in Bay-nghazi now, suckas!

Yikes. 13 Hours: The Secret Soldiers of Benghazi is fearful, angry, video game violent, and just so hard to watch. Here’s a tremendous amount of rabidity that neither entertains nor informs, but merely wounds. Far away are Saving Private Ryan’s sincere attempts at jangled realism. If 13 Hours is any indicator, action films in 2016 will continue to value copious shots and quick cuts as a means of provocation. Michael Bay’s ballad of bombings plays out like the worst fears of an uncle’s Facebook post about what’s really going in the Middle East.

And you know what? There’s plenty of room to speak of the political, uh, questionability of this two-and-a-half hour shitshow about ex-military. But Mr. “Bayhem” has stated repeatedly that his take on the infamous Benghazi incident is apolitical. He’s interested in the patriotic soldiers that certain specific parties and news networks have been vaunting for months. Fine, this review will take his word for it. Bay wants to take a stab at a humanist combat drama. However, within the rules of engagement, allow us now to take our fair shots.

“Just another Tuesday in Benghazi,” John Krasinski proclaims after bagging untold bad guys. So what’s all this braggadocio about? Is there a plot beneath the rubble?

Benghazi. There were six men stuck with the unenviable task of holding down the fort at a secret CIA outpost in late 2012. (Two men are fictionalized for reasons unknown, so way to go on that “true story” label in the opening titles, 13 Hours.) The big-armed boys included Martini as “Oz” (fake beard maybe), Krasinski as Silva (a fake name for a real guy, also possibly a fake beard), James Badge Dale as “Rone” (not a fake beard, likes to drag tires?), Pablo Schreiber as “Tanto” (goatee, hates brass), and two other men of limited depth and mixed facial hair. They’re all hardened, twitchy, and ready to pull their pieces out at any time. Not even five minutes into the film there’s a Mexican standoff, and Krasinski and Dale are armed to the teeth (underneath their beards).

The six are tasked with guarding an American ambassador at a CIA annex, and the rest is modern history still being slugged out in comment sections. What can be clearly stated is that these guys were lone rangers, and the film is enamored with their last stand against Islamic militants. Deep down, 13 Hours is a careless old-time Western, with Libyans as the new poorly-drawn Native Americans. Shoot the bad. Shoot ‘em good. This thing sweats, bleeds, and cries repeatedly to trust nobody. Don’t trust foreigners. Don’t trust bureaucrats. Get a gun and do what needs to be done. Bayhem!

Look at what’s onscreen: exploding debris. Fireworks. Jumbo guns. Headshot after headshot. Innumerable low-angle hero shots where they don’t belong. Not one but two CG bodies being run over by commercially photographed Mercedes, captured in graphic detail. Endless bragging about not knowing a thing of Middle Eastern conflicts or politics, and the constant spoken yearning for an excuse to pull a trigger.

It’s all swaggeringly surreal for a supposedly “true story,” and the end message is dangerously unclear. If it’s a patriotic rah-rah, then the apolitical status of mercenaries confuses that. If the film wants to honor the guys at Benghazi, it sure makes them look like egotists. If Michael Bay just wanted to make a shoot ‘em up inspired by recent events, that would have been honest, but man does he miss the mark in a million ways.

13 Hours is fearful. Everyone in the country is a potential suspect. Bay employs jump scares and an unhealthy sense of paranoia in simplifying true combat into an us-vs-them harangue. 13 Hours has hate in its heart. There sure are a lot of men screaming loudly at one another. It’s scary how much contempt the soldiers have for these bosses telling them what to do, and for the people they have to attack or defend. A nervous inclusion of “Give Peace a Chance” might have eased the tension. 13 Hours also employs a lot of gamer visuals. There are many cameras atop gun barrels in the style of a first-person shooter. And that’s to say nothing of the computer-animated gore.

Does Bay get off on this sort of thing? It’s creepy witnessing combat from the perspective of an adrenalized teenager with no empathy or concrete perspective. Just level up, baby. And it’s hard to watch. The murky, unstable aesthetic is so neck deep in cinematic vomit. Oscar-winning cinematographer and editor Dion Beebe and Pietro Scalia, respectively, crumble under the Bay doctrine. Shots are short, oddly made, and shoddily smashed together. There’s no spatial continuity, let alone consistency in time of day, or even a care for any kind of visual coherence.