Alejandro G. Iñárritu's follow-up is a cold, visceral, and overwhelming piece of cinema 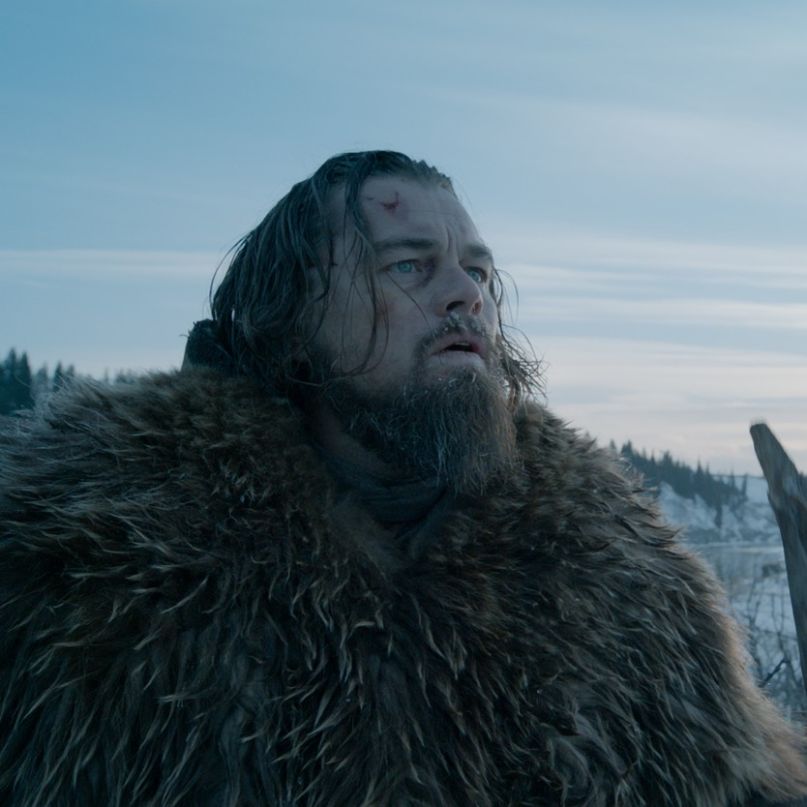 Note: This review was originally published in December 2015.

What keeps us breathing? What pumps our blood? What is god? These are but a few questions that drift around and empower Alejandro G. Iñárritu’s biographical thriller The Revenant. A cold, visceral, and overwhelming piece of cinema, the follow-up to last year’s Academy Award-winning Birdman or (The Unexpected Virtue of Ignorance) not only sets a new precedent for the survival genre but may be the strongest Best Picture followup in Oscar history.

Based on Michael Punke’s 2002 novel of the same name, the film follows the true life story of 19th century American explorer and fur trapper Hugh Glass (Leonardo DiCaprio), who was left for dead by two members of his hunting team following a harrowing encounter with a bear. He didn’t die, though, which is why he must trek over 200 miles through the rugged and uncharted Western frontier to return to his men, specifically those who betrayed him.

The Revenant is a Western, it’s a survival tale, it’s a drama, it’s a historical epic, it’s an existential portrait. It could even be argued as a black comedy — that is, if you want to zero in on the unbelievable and downright outrageous atrocities that Glass must suffer through. Screenwriter Mark L. Smith and co-writer Iñárritu load this sprawling picture with a dense forest of themes that range from humanity’s sheer willpower to the pitfalls of revenge to how we interpret our own spiritualism.

It’s a malleable film in the sense that Glass can represent so many things, and while he’s mostly alone in his journey, he’s often hampered by circumstances and paired against characters that touch on a measure of recurring themes and conflicts. One instance is how the film tussles with the meaning of god. Tom Hardy’s murderous John Fitzgerald regales Will Poulter’s boyish Jim Bridger early on with a story about how a squirrel was god to a past acquaintance of his — simply because it provided the man sustenance. In the same scene, Fitzgerald prods the kid and insists he “ought to be god to [him]” for saving his life.

God is interchangeable to everyone in this film: For Glass, it’s his dead wife and son; for Fitzgerald, it’s a future in Texas; for one stoic Indian father, it’s his lost daughter. The idea is that whatever keeps you breathing, whoever keeps you alive, is what you truly believe in and nothing else matters. It’s an intriguing concept that fuels much of the proceedings, especially as a countermeasure to Glass’ own tortured feelings of revenge, which he’s told is in “the creator’s hands.”

There’s also a subtle digression on the human body itself as a temporary organic vessel for the more timeless soul, and the film ruminates on the belief that our existence goes beyond our own two feet. Midway through, Glass stumbles into a stranded Pawnee Indian, who warns him that his wounds have made his body rotten. Glass obliges, but it’s almost a shrug off, as if to infer that as long as he can breathe, it doesn’t matter what happens to his flesh. The ensuing injuries only insist upon this further.

Yet so does DiCaprio’s grisly showing. Granted, the 40-something actor has invested his body into most of his roles, whether it’s slicing open his hand for Quentin Tarantino’s Django Unchained or throwing out his back for Martin Scorcese’s The Wolf of Wall Street, but he defies all expectations here with one of the most brutally exhausting performances of all time. He’s tossed around like a rag doll, he drags his body across icy terrain and rivers, he sleeps in a horse carcass — hell, he sinks his teeth into a fish he snags straight out of the water.

Nothing comes easy for DiCaprio. Even when he’s doing something as simple and rudimentary as bathing, he’s hunched over naked in freezing temperatures. In fact, his skin never rises above a blueish hue throughout the entire film, which isn’t surprising considering Iñárritu’s well-reported hellish shoots across Canada and Argentina. How Hardy didn’t lose his shit — especially coming off a year that includes the wasteland of Mad Max: Fury Road and the doubled-down role of Legend — is just remarkable.

The ever-exceptional Hardy, who nails another transformative role, leads a supporting cast that could best be described as, um, masculine. With the exception of a few female Indians, The Revenant surges forward with pelts of testosterone, painting the American West as a dangerous man’s world, where pillaging, scalping, raping, and killing are everyday occurrences. This isn’t the fringe of society; it’s the barren nothingness, where there’s seldom room for humanity, if at all.

Iñárritu wrangles this terror with an amalgamation of touch-and-go one-shots and intimidating close-ups, to the point that we’re able to see men’s breath fog up the screen. It’s an uncomfortable, startling experience that strangles the eyes and ears from beginning to end. The opening is a stressful, gory battle with arrows, bullets, and blades that rivals Spielberg’s retelling of Normandy in Saving Private Ryan. The finale is a taut, bloody massacre on the snowy shores of nowhere.

The Revenant affords such bleak chaos for a number of reasons, but above all because it’s so damn beautiful. As expected, cinematographer Emmanuel Lubezki dazzles with his use of natural light — the torches, the rolling myst, the sunsets, oh my — and should start writing his acceptance speech for next year’s Academy Awards. (He could also DM Roger Deakins and apologize for trumping his most recent work in Sicario.) Every single shot will leave you shaking your head in awe.

That feeling is certainly elevated by the rousing and gloomy score by Ryuichi Sakamoto, Alva Noto, and The National’s Bryce Dessner. In some moments, the Eno-esque tones feel stripped right out of Michael Mann’s Heat, while in others the sounds become as erratic as Mica Levi’s work on last year’s Under the Skin. Altogether, it’s a haunting collection of tearful strings, glazed synths, and engulfing bass that mirrors the scenery and action at hand with compelling results.

Some might argue this is over-the-top filmmaking, that Iñárritu and DiCaprio are going big for Oscar’s sake, confusing blood and sweat for art and performance, but that’s likely not the goal of this film. Rather, it appears that The Revenant is more invested in shattering today’s style of filmmaking by committing to a brand of realism that’s not exactly unprecedented, but all too often ignored in lieu of conventional (and safer) means. But isn’t that what Iñárritu argued for last year with Birdman? Didn’t he bite his thumb at the plastic blockbusters? Rail against the safe Hollywood system? The Revenant says to hell with all of that.