The famed D.C. club rang in the new year with a gypsy punk classic 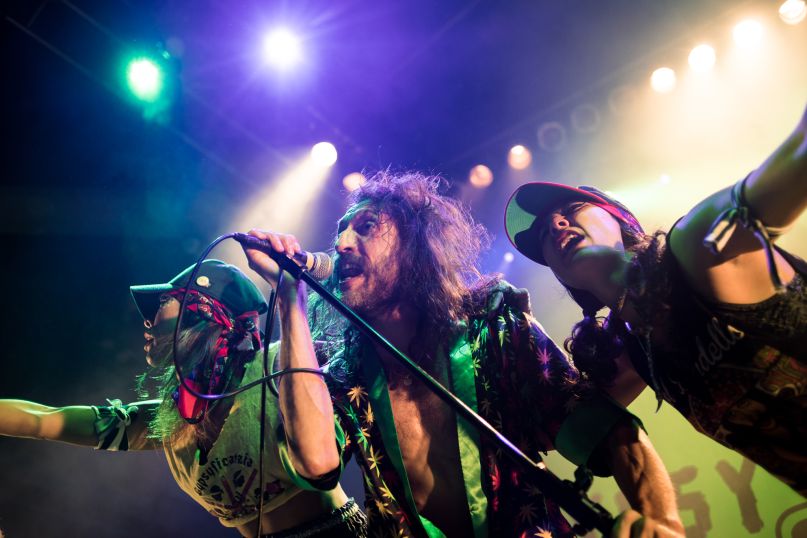 Gogol Bordello is a 9:30 Club holiday favorite. Every December or early January, the gypsy punk band performs at least one sold-out show. In 2010, 9:30 Club rang in the new year with them. This year was no different as the club celebrated its first two shows of 2016 with Gogol Bordello’s album Gypsy Punks: Underdog World Strike.

The venue filled early for openers Chicano Batman, but it was clear from the energy that the crowd was there for Gogol Bordello. Between the music itself, the light show, and their stage presence, there was much for the audience to go wild about on the first night of 2016. They didn’t play the track list for Underdog World Strike in order, but the crowd was still in love with the landmark album, particularly “Wearing Purple”, “Think Locally, Fuck Globally”, and the title track. Plus, the night felt special in seeing Pamela Racine performing again with frontman Eugene Hutz, Elizabeth Sun, and the other gypsy punks.