"This isn't a victory lap" 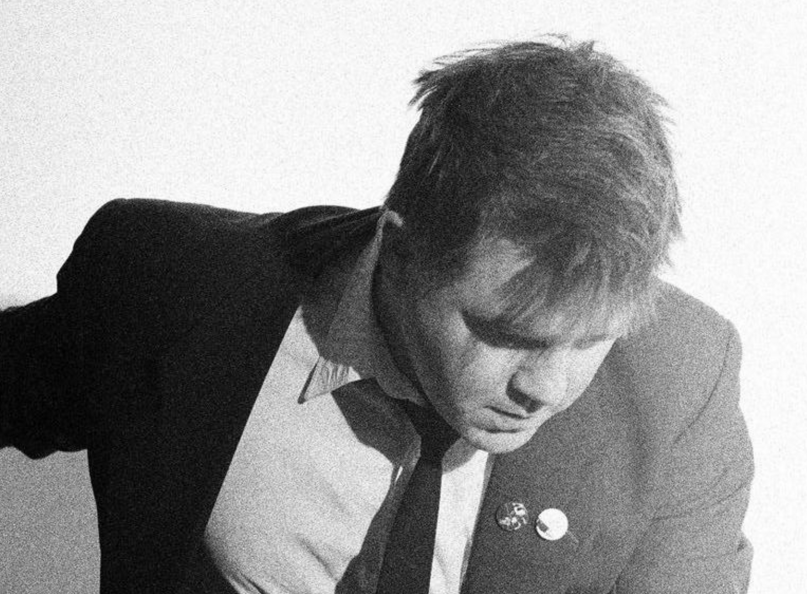 James Murphy has issued his first comments about LCD Soundsystem’s impending reunion. In a lengthy statement posted to the band’s website, Murphy discussed the impetus for the comeback and the criticism he’s received for getting back together just five years after their much publicized farewell. He also revealed plans for a new album, their first since 2010’s This Is Happening, as well as a world tour.

As Murphy explains it, “early in 2015, I realized i had more [songs] than I’d ever had in my life.” While he considered putting out a solo record, at the insistence of bandmates Nancy Whang and Pat Mahoney, Murphy decided to “make an LCD record with friends, who want to make said record, and deal with whatever fall-out together.”

Murphy admitted that he was blindsided by some of the blowback he received when word of the band’s comeback first surfaced. “There are people who don’t hate us at all, in fact who feel very attached to the band, and have put a lot of themselves into their care of us, who feel betrayed by us coming back and playing. Who had traveled for or tried to go to the MSG show, and who found it to be an important moment for them, which now to them feels cheapened. I just hadn’t considered that. i know—ridiculous on my part. I saw some comments online a few days ago from people who felt that way, and it blindsided me, and made me incredibly sad.”

Nevertheless, Murphy assured his fans that “this isn’t a victory lap or anything, which wouldn’t be of much interest to us.” He continued, “This is just the bus full of substitute teachers back from their coffee break with new music and the same weird gear—or as much of it as we still have (it’s very interesting to re-buy the same gear, and in some cases buy gear back from people you sold it to), and rambling around trying to be louder than everyone else.”

“i write songs all the time. sometimes they’re just weird songs i sing while changing a baby, or songs about annoying things that i sing to myself, or to friends while sitting at a bar, or about christmas, or new york. sometimes these songs live in my head for years and have verses upon verses added to them, almost infinitely. sometimes they’re just ghosts of ideas, and sometimes they’re fully-formed things which float in front of me, seeming like they’d be easy to make flesh, only to fight furiously as soon as i try to pin them down in any way. some of them i make with friends in a room with instrument things. only a tiny fraction of these ever become songs; get recorded, feel like something that should be shared. those ones, i write the title or some lyrics of down on a page in a little book i carry around. or i sing a bit of them into a tape recorder (or now a phone, i guess). i’ve been doing this since i was a kid.

early in 2015, i realized i had more of those than i’d ever had in my life. more of them than when i went in to make any lcd record, or when i recorded tapes upon tapes of terrible things in high school. just loads of them, and i found myself a little perplexed. if i record them, what do i do with them? maybe i shouldn’t record them at all? i considered that, which was in a way the easiest option, but it also seemed like a weird and arbitrary (and sort of cowardly) cop-out. but to record them—well then, suddenly i have, what—a record?

so i asked pat and nancy  to come over to my apartment for coffee and told them: ‘i’m going to record some music. should i make up a band name, or make a ‘james murphy’ record, or should it be ‘lcd?’ we all thought a good amount about it. we have had lives for the past 5 years, which has been nice, and those guys have made amazing music with museum of love, the juan maclean, and all sorts of other things. i’d managed to do a bunch of fun, dumb stuff which mostly annoyed people who were into the band because, well, subway turnstiles and a coffee aren’t lcd, basically.

at any rate, they both said ‘let’s make an lcd record’. you see, if they didn’t want to, which i’d half assumed, then there’s no such thing as lcd. imagine this: me making a record, calling it lcd, and then you go to the show and there’s just some guy playing drums over there, or some other person playing keyboards. horrifying. then imagine this: i make a ‘james murphy’ record, or, i don’t know, an ‘everteen’ record, or whatever made-up name i come up with, and there’s pat playing drums, and nancy. maybe al isn’t too busy with hot chip so he comes to play. what the fuck is that? here were our choices: 1. make music with your friends and call it something else, which seems hilarious (everteen) or egomaniacal to the point of sociopathic (james murphy solo record). 2. make music, but willfully exclude your friends because of the horrors in option 1. 3. make an lcd record with your friends, who want to make said record, and deal with whatever fall-out together. 4. don’t make music, to avoid the horrors of all of the above. 5. make music and, like, hide it somewhere.

we decided, clearly, on option 3, and i was fully prepared for a certain amount of ‘oh fuck that guy’ over-it stuff—in fact welcomed it. it’s strangely energizing to have people who don’t make music themselves take potshots at you from the internet. and there’s always been a current of o.f.t.g. with me (i’m saying me and not us because, let’s be honest… no one hates anyone else in lcd, partially because they’re unhateable, and also because they have the wisdom to not shoot their mouths off nearly as much), and that’s just fine. i’m pretty used to it, and find it relatively funny.

but in my naiveté i hadn’t seen one thing coming:

there are people who don’t hate us at all, in fact who feel very attached to the band, and have put a lot of themselves into their care of us, who feel betrayed by us coming back and playing. who had traveled for or tried to go to the msg show, and who found it to be an important moment for them, which now to them feels cheapened. i just hadn’t considered that. i know—ridiculous on my part. i saw some comments online a few days ago from people who felt that way, and it blindsided me, and made me incredibly sad. i saw some other people replying with stuff like ‘if that’s what you cared about, and you don’t want them to play anymore, maybe you liked the band for pretty weird reasons’, and it made me think. the truth is, while i get what the replier is saying, i kind of side with the original complaint: if you cared a lot about our band, and you put a lot of yourself into that moment (or anything about us you chose), and you feel betrayed now, then i completely understand that. it’s your right to define what you love about a band, and it’s your right to decry their actions and words as you see fit, because it’s you, frankly, who have done much of the work to sustain that relationship, not the band. i was so clearly expecting the cynical cries of foul, that i hadn’t seen the heartfelt complaint coming. we’ve always talked about how we’d never betray anyone who cares about us, but here we are now. given the chance again to make new music with the people i care about, and who have given a big part of their lives to doing this weird thing together, and who wanted to do it again, i took it. and in doing so, i betrayed whoever feels betrayed by that action. i by no means think that everyone who liked our band feels bad right now. a lot of people who liked our band are very happy, and we’ve been pretty blown away by the almost overwhelmingly positive response. last night i sat with al and nancy in a weird italian bar and we talked about how fucking awesome it was that so many people were happy to have us back. but that doesn’t take away from those who feel hurt. to you i have to say: i’m seriously sorry. the only thing we can do now is get back into the studio and finish this record, and make it as fucking good as we can possibly make it. it needs to be better than anything we’ve done before, in my mind, because it won’t have the help of being the first time. and we have to play better than we’ve ever played, frankly. every show has to be better than the best show we’ve played before for anyone to even say ‘well, that was good. i mean, not as good as they used to be. but, you know. it was good.’ we know all that. which is healthy for us, because it means we go back to war, like in the beginning. for us it was always war, but now it’s really with ourselves. maybe we have a chance to make it right.

in other, more pedantic news: we’re not just playing coachella. we’re playing all over. we’re not just having some reunion tour. we’re releasing a record (sometime this year—still working on it, actually), so this isn’t a victory lap or anything, which wouldn’t be of much interest to us. this is just the bus full of substitute teachers back from their coffee break with new music and the same weird gear—or as much of it as we still have (it’s very interesting to re-buy the same gear, and in some cases buy gear back from people you sold it to), and rambling around trying to be louder than everyone else. thank fuck we were never skinny and young. or at least i wasn’t. that always happens with bands… they aren’t fat when they come back, typically, just, i don’t know, thicker. i was lucky to start this band kind of fat and old, so there’s no, like ‘look how young they were!’ shit to even find on the internet. i mean, we were younger and everything, but we weren’t young, if you know what i mean.

one last note: thank you to everyone who has been absurdly kind to us over the past 14 (!) years. if you have moved on and don’t like us anymore, that’s obviously ok, too. but please, if we ever gave you any joy, just find something new and good that blows you away, and post it on our facebook page or something with, like, ‘hey fuck you guys! this is the real shit!’ so we can hear new good stuff. that would be the best for all of us.”