Listen to the first offering, the feel-good "High Note" 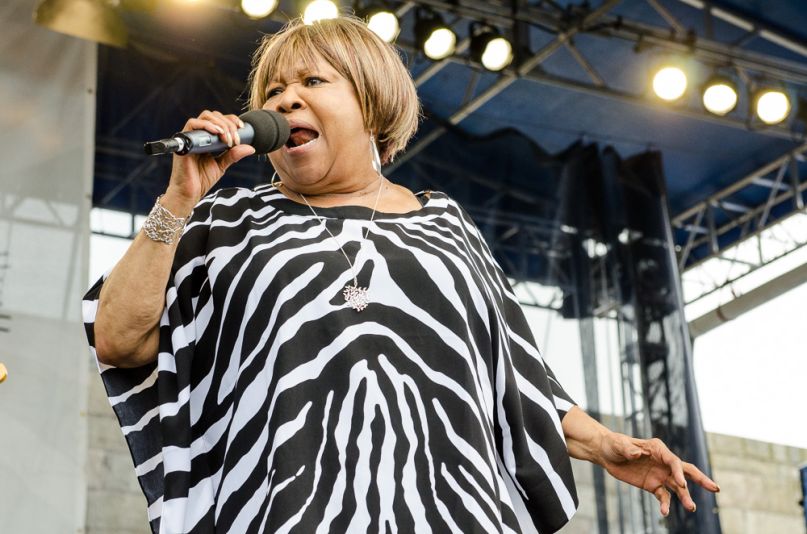 Next month, Mavis Staples will put out a brand new album called Livin’ on a High Note. The ANTI- Records release follows last year’s Your Good Fortune EP and features 12 songs penned specifically for the gospel icon by the likes of Nick Cave, Justin Vernon, M. Ward, tUnE-yArds, Benjamin Booker, and The Head and the Heart.

Livin’ on a High Note was produced by Ward, as opposed to Staples’ two previous full-lengths, 2013’s One True Vine and 2010’s You Are Not Alone, which were overseen by Jeff Tweedy.

Ahead of the record’s February 19th street date, Staples has unveiled the soulful, feel-good number “High Note”, which was written by Memphis folk/blues songwriter Valerie June. Stream it below.

In related news, the Staples documentary Mavis! is set to air on HBO on February 29th.

Livin’ on a High Note Artwork: