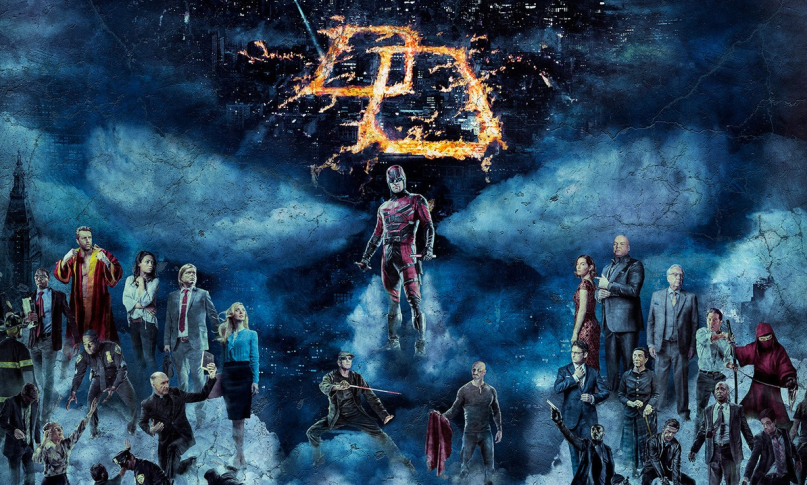 Netflix and Marvel have set the premiere date for the highly-anticipated second season of Daredevil. A new teaser trailer reveals that all 13 episodes of the new season will be available beginning March 18th. (That gives you a full week to watch it before Batman v. Superman: Dawn of Justice hits theaters.)

Unlike the Comic-Con sizzle reel released late last year, this latest teaser offers nothing by way of new footage from the show. Instead, it cuts together bits of dialogue from season one over memorable scenes redone as religious frescos. As the camera pulls out, the whole picture comes into view, and the shadowy outline of the Punisher’s (Jon Bernthal) iconic skull symbol reveals itself. Check out the clip below.

A beautiful poster for the new season has also been revealed. Much like the teaser, it’s done in the style of religious art, and features a subtle tease of the Punisher. If you look way down in the bottom left corner, however, you’ll also notice a pair of sais, Elektra’s (Elodie Yung) weapon of choice.

Charlie Cox returns as Matt Murdock/the title character for season two, joined once again by Deborah Ann Woll as Karen Page, Elden Henson as Foggy Nelson, Scott Glenn as Stick and Rosario Dawson as Claire Temple. Take a look at the poster below.